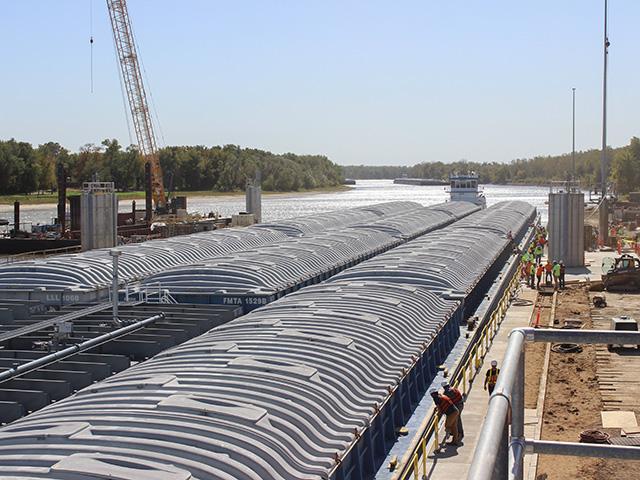 After being closed on July 1, the U.S. Army Corps of Engineers (USACE), Rock Island District, announced on Oct. 29 that lock and dam construction was complete and the Illinois Waterway locks have re-opened to navigation after a series of planned, extended consolidated closures.

"With construction coming to an end at Dresden Island, Starved Rock and Marseilles locks, the Illinois Waterway lock and dam system is open for navigation," said USACE. "Five locks on the Illinois Waterway had been closed since early July in order to perform critical maintenance. Peoria Lock was the first to reopen on Sept. 28 followed by LaGrange Lock on Oct. 13."

The Illinois River is one of the key arteries for the agricultural supply chain. According to the U.S. Department of Agriculture, in 2019, over 6.5 million metric tons of down-bound soybeans and grain passed through LaGrange Lock and Dam, the final Illinois River lock before the confluence with the Mississippi River.

The Illinois River includes eight lock and dam sites that were long overdue for significant repairs, according to USACE. In order to facilitate repairs, USACE Rock Island District developed a consolidated repair schedule, which included a short closure to locks in 2019 followed by extended closures beginning on July 1 and ending on Oct. 29. The closures took place simultaneously to lessen impact to commercial navigation as much as possible. Here is information on the recent closures and includes the next repair schedule in 2023: https://www.mvr.usace.army.mil/Missions/Navigation/Navigation-Status/