Great Lakes
A view of the lakefront trail between 5000 and 4900 south in the area slated for emergency work by the Army Corps of Engineers. 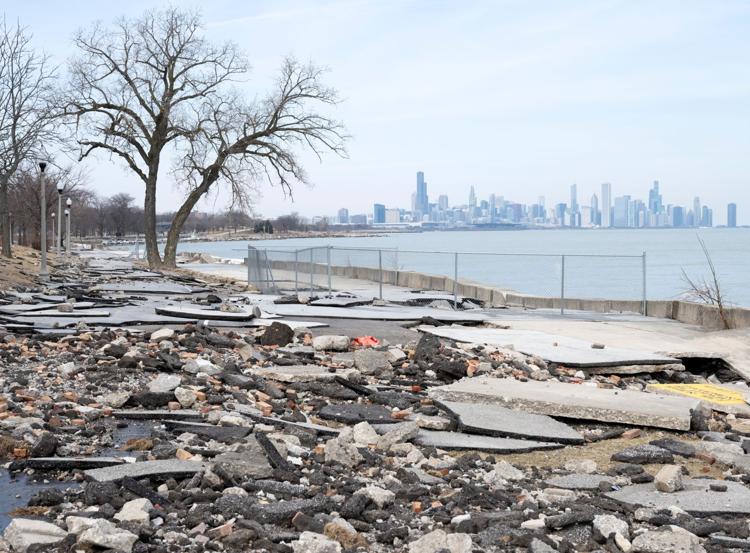 “In two or three weeks,” the US Army Corps of Engineers (USACE) will be placing riprap along storm-damaged sections of the Chicago lakefront between 49th and 51st streets, said Patrick Bray, the Chicago District Chief of Public Affairs.

Storm waves have extensively damaged the shoreline in the Morgan Shoals area, eroding parts of the Lakefront Trail — the pedestrians’ section between 47th and 51st streets remains closed since the storms of Jan. 10-11, which caused wind gusts of more than 50 mph and 23-foot waves — and threatening Lake Shore Drive.

Calling the situation an emergency, the USACE reached out to the Illinois State Historic Preservation Office (ISHPO), as required by the National Historic Preservation Act, asking for their comments on the project, according to Illinois Department of Natural Resources spokeswoman Rachel Tolbert. ISHPO has reviewed the project and will issue its response to the USACE on March 3, after Herald press time.

The area to be repaired is part of the ongoing Chicago Shoreline Protection Project, Bray said; the Morgan Shoals and Promontory Point sections of the lakeshore are two sections that remain to be completed, according to the project’s website. Bray said the work is expected to take several weeks to complete.