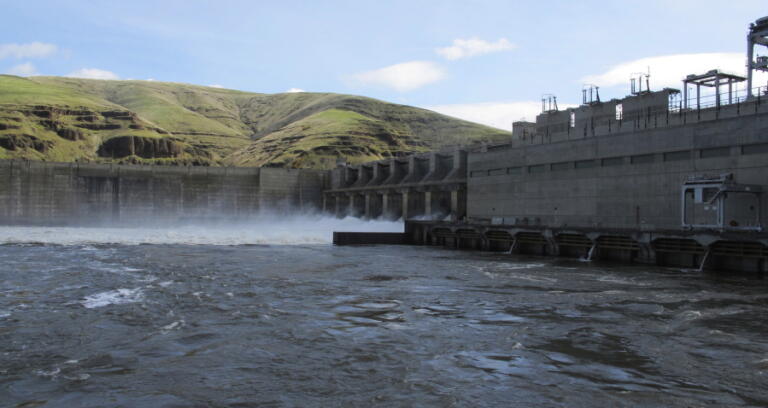 A bold proposal to remove four dams on the lower Snake River to aid in salmon recovery has been set forth by an Idaho congressman.

The proposal by Rep. Mike Simpson, R-Idaho, would include more than $33 billion to remove the dams, replace infrastructure for shipping and the electrical grid, and include monies for communities served by the dams. He has been joined in this effort by Rep. Earl Blumenauer, D-Oregon.

The proposal addresses a long-standing controversy over the four hydroelectric dams, which have been blamed for driving many runs of endangered salmon and steelhead stocks to near extinction. The federal dams have been a source of continuous legal battles over the past three decades.

Simpson’s proposal is expensive, but he points to the billions already spent to recover fish runs that continue to decline.

Built from 1962 through 1975, the dams that would be removed are the Ice Harbor Dam, Lower Monumental Dam, Little Goose Dam, and the Lower Granite Dam.

The Snake River used to boast robust returns of fish. For instance, in 1962, wild “B” run index steelhead returning to the Snake River totaled almost 43,200 adults. By 2017 that run had shrank to 751 adults.

Conservationists allege that the dam’s turbines kill outgoing juvenile salmon and steelhead, and the reservoirs warm the water beyond what the fish can tolerate. The dams also allegedly delay downstream passage, among other issues.