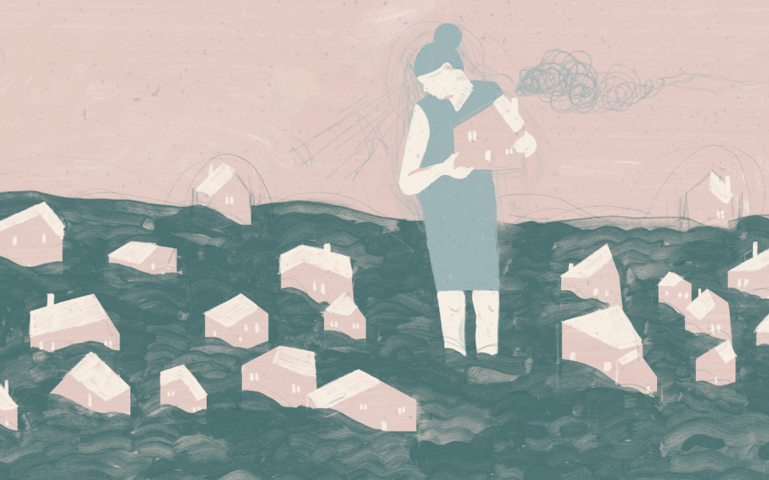 IA - Who Gets to Rebuild After a Natural Disaster?

After a town is destroyed, inequities rise to the surface

My town has been destroyed three times in the past 13 years. After every disaster, the town has had to decide what to rebuild. Those choices have revealed the ugly reality of who we are and what we are willing to save.

The first time was in 2008. Cedar Rapids, Iowa, is a river town, but this was the worst flooding we had ever seen. I hefted sandbags in front of homes and businesses as the slow creep of dark water submerged the streets. I waded thigh-deep through muck and climbed in through the roof of my employer's office to save the art inside. When the waters receded, the mold gave me migraines.

That was a 500-year flood—the kind we would hopefully never see again. But eight years later, before the Army Corps of Engineers had even finished its assessment of the disaster, the town flooded again—a 100-year flood this time. I helped dismantle the local bookstore, carrying boxes of books to the second floor of the building late at night.

This time, the city put up flood-control barriers along 16th Avenue. A local dive bar, Tornado's, sat just outside the barriers. It flooded while the businesses on the other side stayed dry.

The bar owners were furious. The city tried to justify the decision. The barriers had to be on 16th Avenue because that street was paved. But 16th Avenue was also the line dividing the west side, where most of the city's low-income housing was, and NewBo, the newly redeveloped east side, which had offices for tech start-ups and new high-rise condos. Tornado's raised money to rebuild by selling T-shirts that read "Tornado's Island: Boat Access Only."