West Coast
Large-cell diatom algae Chaetoceros, which are part of the annual phytoplankton spring bloom from the Baltic Sea, are an example of the algae that could be affected by rising ocean temperatures. (Image/Ulrich Sommer, IFM-GEOMAR Kiel) 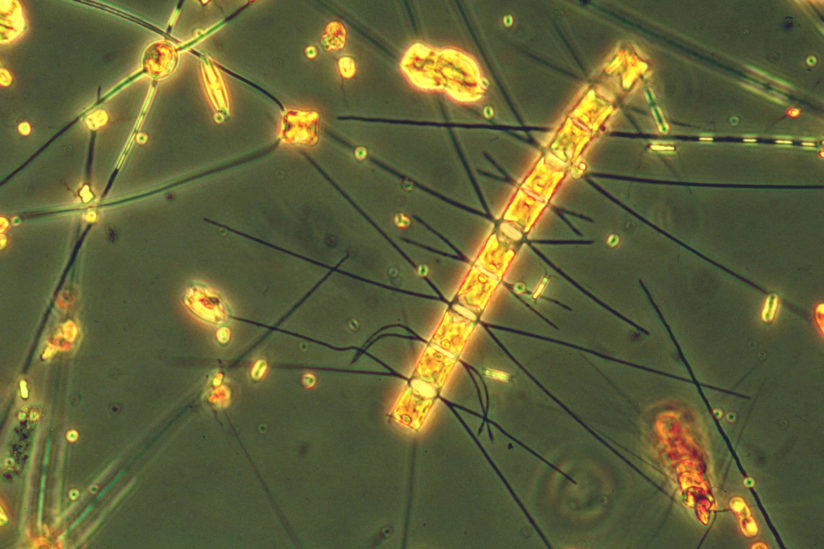 How will billions of marine microbes adapt to climate change? A new study investigates

USC scientists and their colleagues have developed a model that estimates two different ways microbes will respond to warming oceans.

Climate change is heating the oceans, which affects billions of marine microbes in ways scientists don’t fully understand. In response, USC researchers have developed a model to forecast how these important organisms will adapt to warming seas.

Oceans substantially shape life and climate on Earth. Marine microorganisms are responsible for producing half of the oxygen that we breathe. The oceans sequester vast amounts of carbon dioxide from the atmosphere — taking up about 30% of human-derived CO2. Fisheries, which are supported by marine microorganisms, contribute to food and income for about 820 million people worldwide, according to the Food and Agriculture Organization of the United Nations.

Those vital tasks and more are accomplished by plants and animals so tiny that thousands could swim in a teaspoon. In many ways, what Earth will look like in 50 to 100 years depends on how these tiny creatures respond to a changing climate.