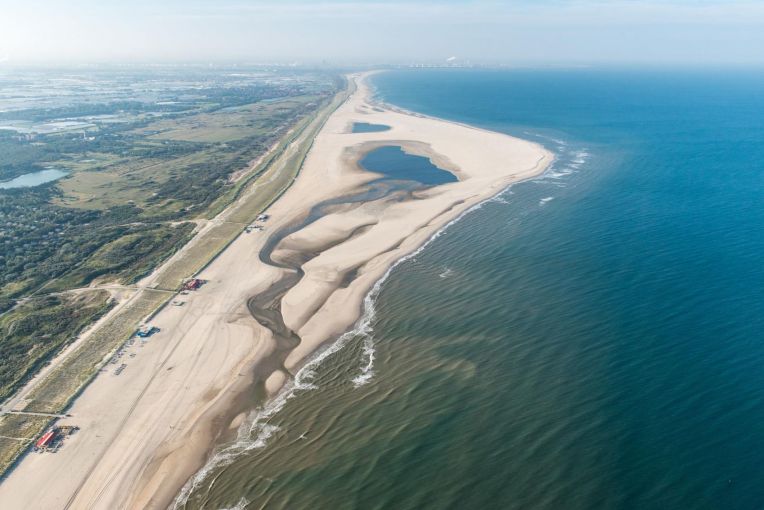 TER HEIJDE, The Netherlands — With a surfboard strapped to his feet and the reins of a giant kite in his hands, Daan Vijverberg skims over whitecaps on the Netherlands’ windy south coast. Nearby, other kiteboarders catch gusts strong enough to fling their wetsuited bodies several feet into the air.

“It’s addictive,” Vijverberg says, emerging from the water with a red face and the sniffles. “I have to come two, three times a week.”

The Dutch government made this stretch of coast a magnet for kiteboarders and other beachgoers a few years ago when it dropped off an immense pile of sand. About 28 million cubic yards of sand — enough to fill the Mercedes-Benz Superdome six times — was dredged from the seafloor and piped here, forming a lagoon and pushing the beach about a half-mile into the North Sea. During the summer, the hook-shaped peninsula draws thousands of walkers, sunbathers and surfers — both the kite and traditional varieties.

But the goal of this monumental, $55 million sandscaping project was protection, not recreation. Called the Zandmotor, or Sand Motor in English, the project is the world’s largest experiment in coastal storm and flood defense at a time when climate change is causing seas to rise and storms to intensify.

“I thought this was an accident,” Vijverberg said. “I thought they were dropping sand off for something else and they never came back. I hope they don’t change it.”