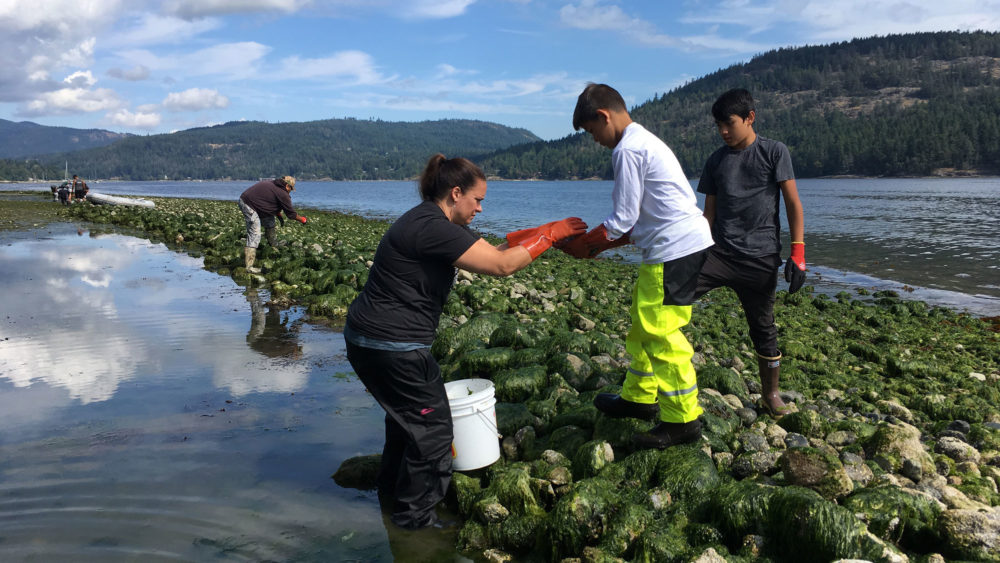 With their deep ties to the land and reliance on fishing, hunting, and gathering, indigenous tribes are especially vulnerable to the impacts of climate change. Now, native communities across North America are stepping up to adopt climate action plans to protect their way of life.

On a hot summer’s day, marine ecologist Courtney Greiner walks the shore of a rocky Washington beach at low tide with a handful of staff and interns. They stake out the ground and hunch down, digging up the top two inches of mud, silt, and gravel looking for baby clams.

For thousands of years, the indigenous peoples of the West Coast would build rock walls at the low tide line, allowing sand to pile up behind them, making the slope of the beach gentler, and expanding the area of the intertidal zone that clams like to call home. These simple clam gardens are effective at boosting shellfish numbers, and have long been used to improve food security for traditional peoples.

Now the Swinomish are reviving the old idea to build the first modern clam garden in the United States. Greiner, who works for the Swinomish tribe, is collecting the data that will help the tribe determine the garden’s best location. The project aims to boost clam numbers, providing both a sense of purpose for the community and additional food as other resources, like salmon, decline.