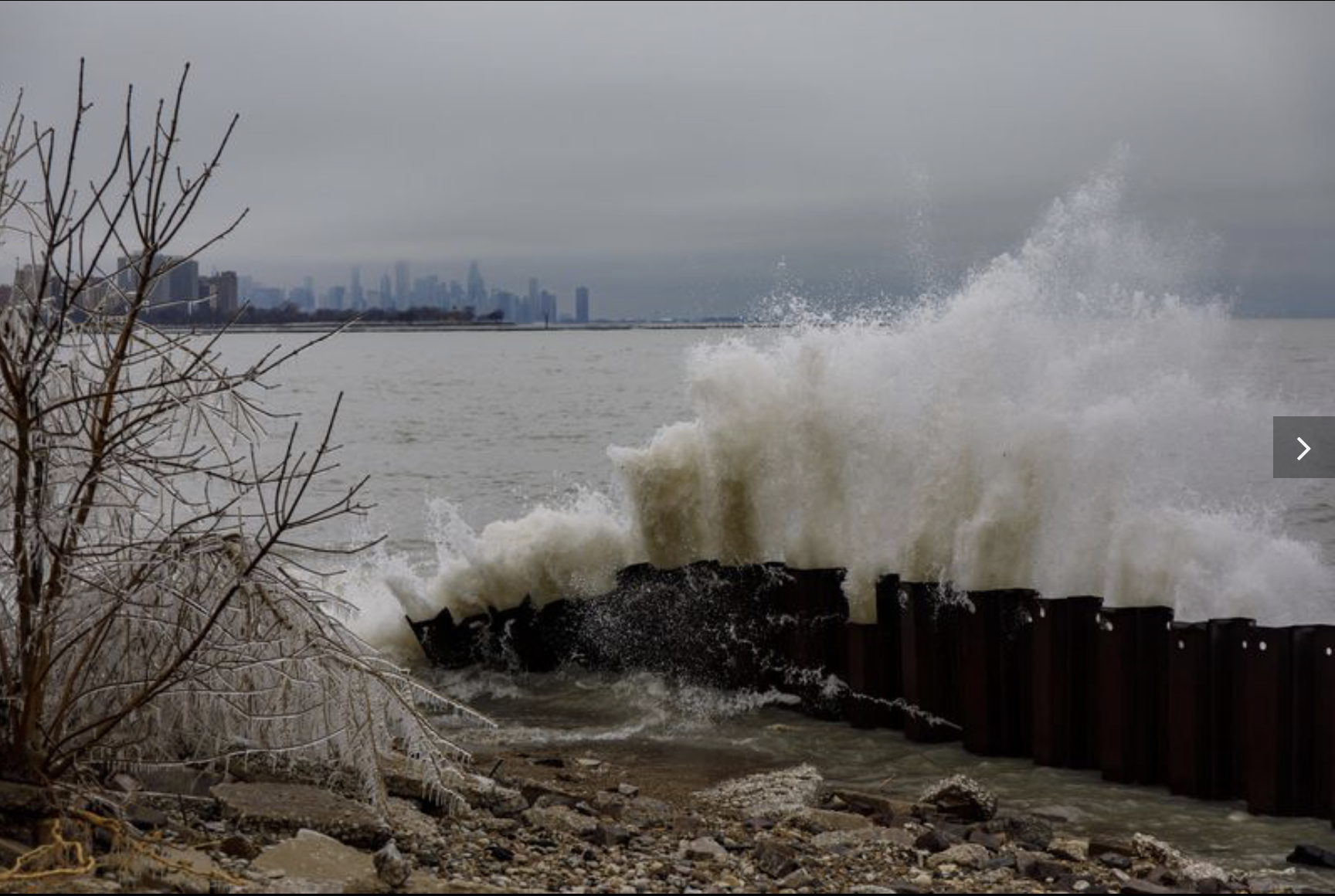 ILL - How bitter cold winter blasts and a warming planet will chew up the Lake Michigan shoreline, faster and faster

On a tucked-away South Shore beach, there once were cool shallows to swim and buried shells to dig up. For those living feet away, there was the sound of the water, the constant, gentle splash on sand.

Then the lake began to rise. With each inch came nearly 790 billion gallons of water. The beach disappeared. Its music changed.

“Once upon a time, you could stand on the deck out there and see fish. It was so clear and the water was low,” said Charlotte Mitchell, who has lived in a nearby condo building for four decades. “Not now.”

A 3-foot wave can pack the power of a small car. A 20-foot wave? Maybe a freight train.