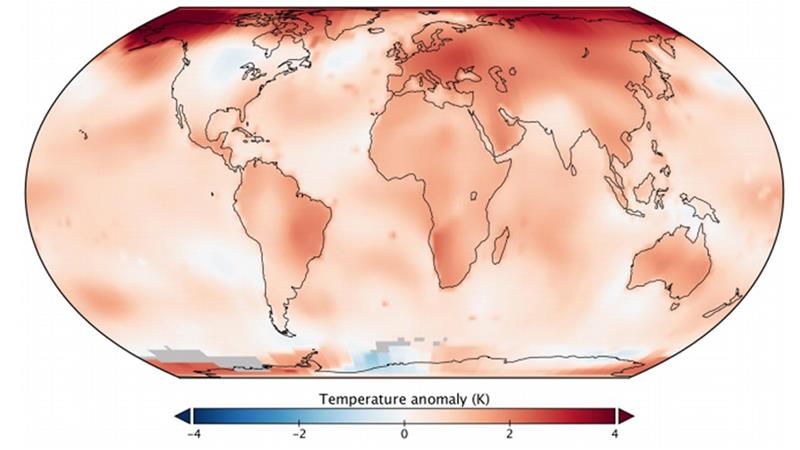 US atmospheric agency also says that ocean heat content is the highest in recorded history.

An annual climate report released on Wednesday by the United States government says that 2019 was the second-hottest year on record and that all five of the world's warmest years have occurred since 2015, which echoed previous research by the United Nations.

The findings by the National Oceanic and Atmospheric Administration (NOAA) within the US Department of Commerce show that ocean heat content contributing to sea-level rise is higher than ever, with the Earth's warming unabated.

With analysis from scientists at NOAA's National Centers for Environmental Information (NCEI), the report said that 2019 was the 43rd consecutive year with both ocean and land temperatures above average.