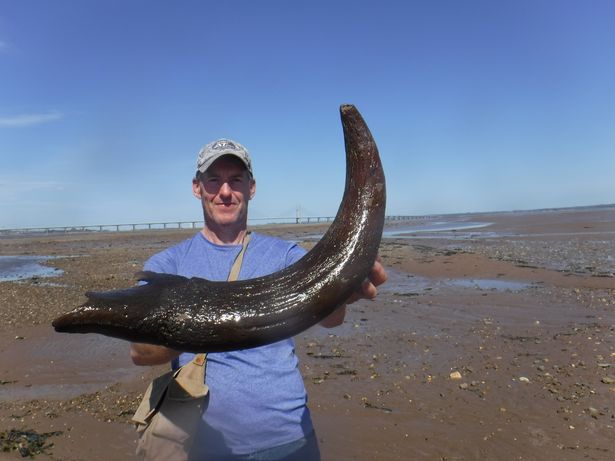 International - Horn from extinct creature that died around 3,000 years ago found by fishermen in Severn estuary

The horn is believed to have belonged to an auroch, a grazing creature which is thought to have stood around two metres tall

's not everyday you come across a giant horn from an extinct animal buried in the sand of the Severn estuary - but, that's exactly what happened when two fishermen went out walking there on Tuesday.

Brothers Martin and Richard Morgan, who carry out lave net fishing - a traditional method of fishing using a large 'Y' shaped net in river estuaries - were out inspecting the area at low tide when they made the incredible discovery.

After initially mistaking the horn for a piece of wood wedged into a sandbank, they soon discovered it actually belonged to a breed of giant wild cattle called aurochs, which became extinct in the 17th Century.

The wild grazing cattle were thought to stand at around 2m tall (6ft), and for thousands of years were one of the largest land mammals in Europe.