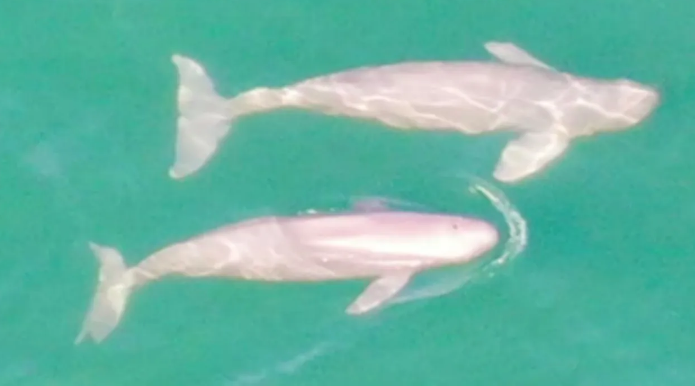 Two silvery-white porpoises glide through the ocean, captured in the lens of a drone camera. The pair swim side by side, occasionally surfacing for a quick breath of air. After a few minutes, they're joined by several other porpoises, and the group travels together before disappearing into deeper waters.

"I made it my personal holy grail to get footage of these porpoise as they are so hard to document and no one has anything decent," Stokes told Mongabay. "Everyone I spoke with working on them in Hong Kong has little to no images. The best pictures resemble a 'floating tire,' which is as best as you can really get if you are really lucky."

But Stokes said he got extremely lucky when he went out on his boat to search for them off the coast of South Lantau Island on May 2. "At one point I had 9 to 10 animals, which is said to be about as large a pod as they get, and very uncommon in Hong Kong," he said.