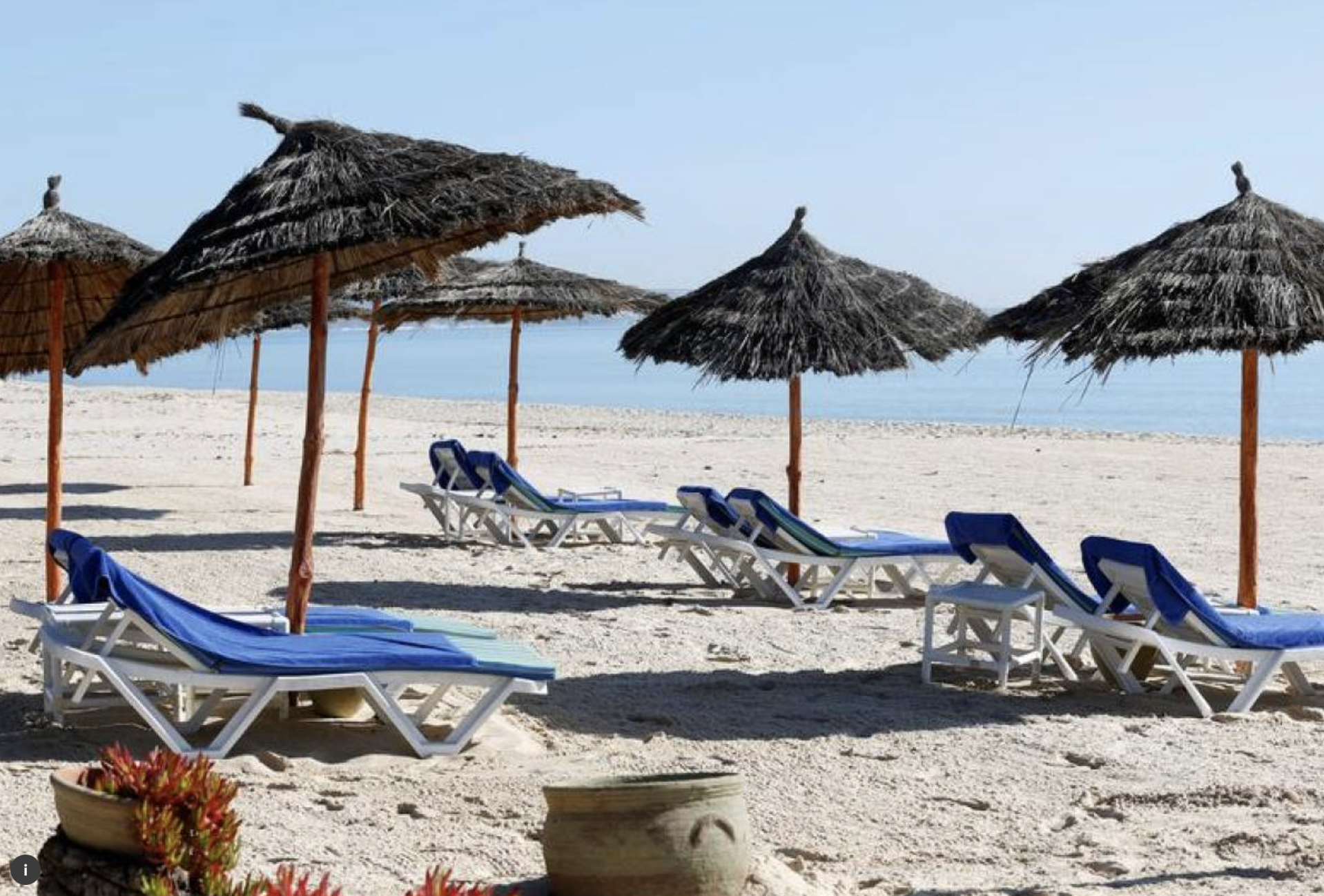 Nearly half of Tunisia's sandy beaches are threatened by coastal erosion: bad news for tourism, which accounts for 8% of the country's GDP

HAMMAMET, Tunisia, March 19 (Thomson Reuters Foundation) - The trunks of two palm trees lie flat on the white sand outside the Sultan Hotel in Hammamet, Tunisia, a stark sign of the rapid erosion this stretch of beach is suffering.

After a storm washed away the beach in 2006, the hotel's manager Mehdi Jallani imported 12,400 tons of sand from a nearby mountain quarry to restore. But initially that too kept getting washed away.

"It's very complicated to battle against mother nature," he said. "During the works, I put sand down, waves removed it. I put it down, it (was) removed. I put and I put and in the end it was ok."

Almost half Tunisia's 670 km (420 miles) of white sandy beaches are acutely threatened by coastal erosion, according to the Tunisian State Agency for Coastal Protection and Planning (APAL), more than three times the number identified in 1995.

The cause is a toxic mix of rising sea levels, construction and more extreme weather patterns exacerbated by climate change.

In the last five years, Tunisia had seen three "20-year storms", the kind that would previously have occurred only once every two decades, according to APAL.