Coastwide
In this Tuesday, Oct. 8, 2019 photo, cranes rise high above Charleston as crews work to build a tunnel big enough for several people to walk through comfortable to carry stormwater in Charleston, S.C. The city is spending hundreds of millions of dollars to improve its stormwater drainage system to help alleviate flooding that happens an average of once a week as sea levels rise (AP Photo/Jeffrey Collins) 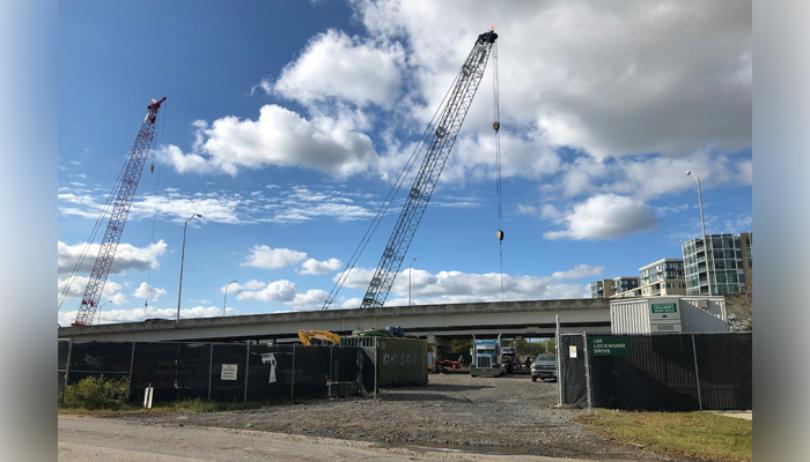 Historic US towns endured wars, storms. What about sea rise?

SWANSBORO, N.C. (AP) — Historic cities and towns along the Southeastern U.S. coast have survived wars, hurricanes, disease outbreaks and other calamities, but now that sea levels are creeping up with no sign of stopping, they face a more existential crisis.

With a total annual budget of $225 million, Charleston, South Carolina, can't afford the billions of dollars to save itself without federal help. It's counting on the U.S. Army Corps of Engineers to help surround its downtown peninsula with seawalls, harkening to the barriers the city built when it was founded 350 years ago.

Keeping water off the streets and buildings is even more difficult for smaller towns like Swansboro, North Carolina, with 3,200 people and a $4 million budget that doesn't account for climate-related sea rise.

The most vulnerable coastal communities sit only a few feet above sea level and are already getting wet at some high tides. Scientists estimate the sea will rise another 2 feet (61 centimeters) to 4 feet (122 centimeters) in the next 50 years.

Municipal leaders say they need billions of state and federal dollars to save block after city block of low-lying homes and businesses. And while even climate change-denying politicians are beginning to acknowledge the inevitable onslaught, city officials worry that those who control the purse strings won't see the urgency of a slowly unfolding catastrophe that's not like a tornado or earthquake.