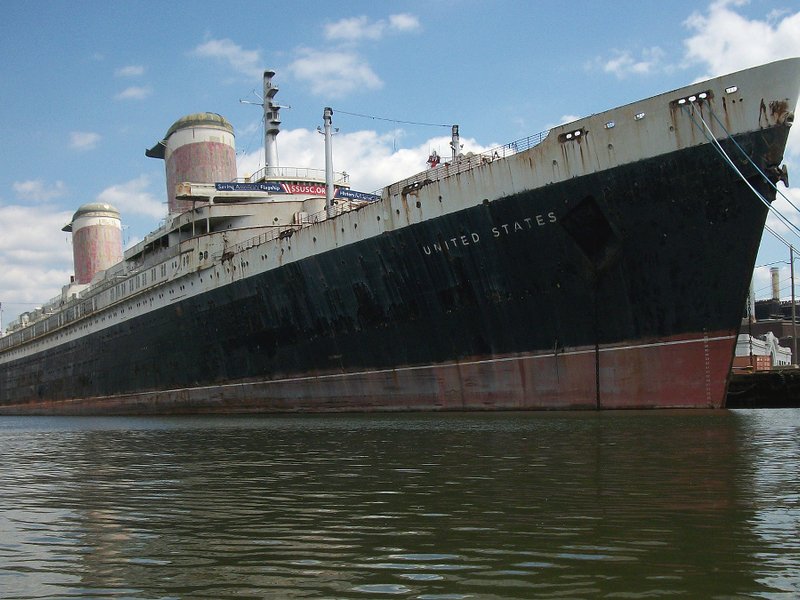 Historic ocean liner may get second life as hotel, or an Airbnb

Scott Rechler was negotiating a deal to build Airbnb rentals in a Manhattan office tower when the real estate developer had an epiphany. Tree houses and other unconventional lodgings were popular on the home-sharing site. Why not a ship?

Rechler, chief executive officer of RXR Realty, had a vessel in mind. For decades, cruise operators and real estate people have been trying to revive a mothballed ocean liner called the SS United States. Encouraged by his conversations with Airbnb CEO Brian Chesky, Rechler decided to take the plunge.

Last year, Rechler struck a deal with the ship’s nonprofit owner and started commissioning designs. Now RXR is shopping its plan to New York, San Francisco and a half-dozen other U.S. cities, seeking a site for a roughly $500 million project that would include hotel rooms, restaurants and a museum celebrating the vessel’s history. If local governments respond well to a formal request for interest, work could begin at a shipyard later this year.

“The idea is to build a great public space that can become a destination for people to spend the day and be a part of history,” Rechler said in an interview.

RXR has a track record of refreshing aging structures, including a former Manhattan shipping terminal that the firm converted into office space for Google, and the Nassau Coliseum, where it’s developing apartments and retail shops on the parking lots surrounding the outdated arena.

The SS United States, which at 990 feet is just shy of the Chrysler Building, will need a lot of work. The ship has spent more than two decades rusting on a pier in Philadelphia, and a series of failed redevelopment plans have left it stripped of virtually all furniture and fittings. Doors hang off their hinges and metal scraps dangle from the ceiling. The ship’s interiors look like an abandoned industrial space, not a luxury ocean liner.

And yet it was the envy of the world when it took its maiden voyage in 1952, symbolizing postwar America’s technical and financial might. The ship set a speed record on its first New York-to-London crossing, thanks to secret funding from the U.S. Department of Defense — which wanted a ship that could carry 15,000 troops across the Atlantic Ocean without refueling in the event of war.