Hawaii & Alaska
Kaanapali Beach, shown in April 2020 when Maui County was in the early stages of the pandemic-forced lockdown, has long been impacted by erosion as rising sea levels swept away sand and developments grew along the shoreline. The state is now proposing an $11 million project to dig up sand from offshore to replenish the beach. The Maui News / MATTHEW THAYER photo 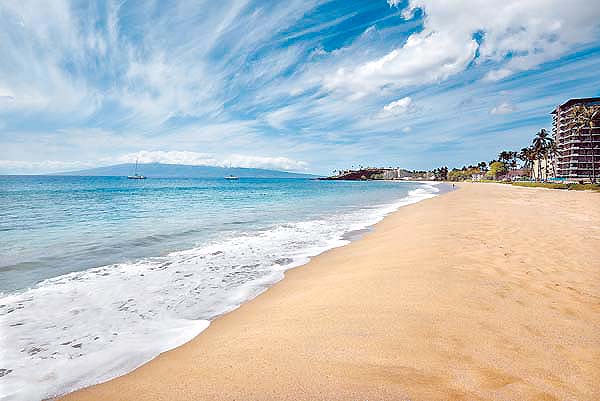 While mitigating the impacts of rising water levels and coastal erosion in West Maui is crucial, a proposed $11 million project awaiting final approvals and permitting to begin beach restoration next year is just “a temporary solution” and might not be the best use of taxpayer money, a West Maui official said.

The state is proposing a restoration and berm enhancement project to bring the Kaanapali Beach shoreline between Hanakaoo Beach Park and Hanakaoo Point back to what it was in 1988, according to a final environmental impact statement for the project, which was approved by the state Board of Land and Natural Resources in October and published last week in the state Office of Environmental Quality Control’s “The Environmental Notice.”

“Kaanapali Beach has been negatively impacted by chronic erosion and extreme seasonal erosion over the previous four decades,” the report said. “The rate and severity of damage has accelerated likely due to sea level rise and recent record high water levels.”

Roughly 14 percent of West Maui beaches have been completely lost to erosion, with sea level rise a primary culprit, and many more beaches in the region are “substantially narrowing,” Coastal Hazards Specialist Tara Owens of the University of Hawaii Sea Grant College Program said.

According to the EIS, the proposed beach berm enhancement project would raise the elevation of the beach by 3.5 feet for the section between Hanakaoo Point and Puu Kekaa, also known as Black Rock, which has been subject to higher rates of erosion.