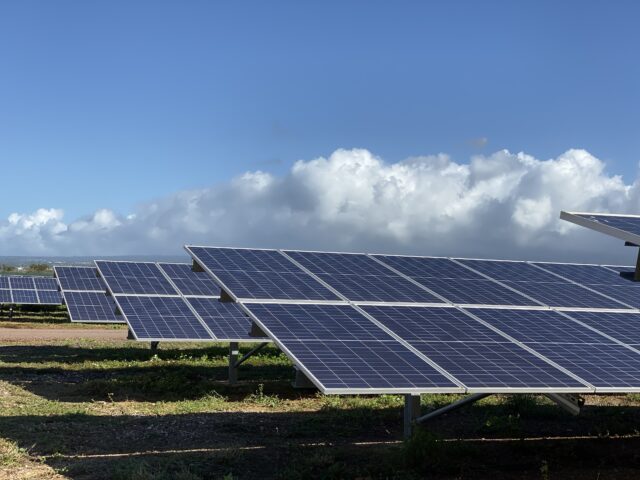 As the pandemic highlights fragile supply chains, the Navy is working with Hawaii to harness the sun and other natural elements for power.

As the Navy looks to the future of its operations in the Pacific, it’s increasingly exploring renewable energy and other new technologies to get the job done. That gives it something in common with Hawaii.

For years the military has opened up space on island bases to local utility companies to develop energy generation projects, including solar and wind farms, that provide power to both civilian customers and the bases themselves.

In October, Naval Facilities Engineering Command Hawaii began soliciting renewable and fossil fuel-based proposals from developers to plan, finance, construct, own, operate and maintain an energy generation system and storage system on about 160 acres of land at Joint Base Pearl Harbor-Hickam.

The military has long clashed with activists and state officials over the environmental impact of decades of live-fire training, construction projects, threats to marine wildlife and other issues. But all agree on the need to reduce dependence on fossil fuels.