Hawaii & Alaska
An extension ladder, leaned against a geotextile fabric to slow erosion, provides access to the beach from one home in Pupukea. 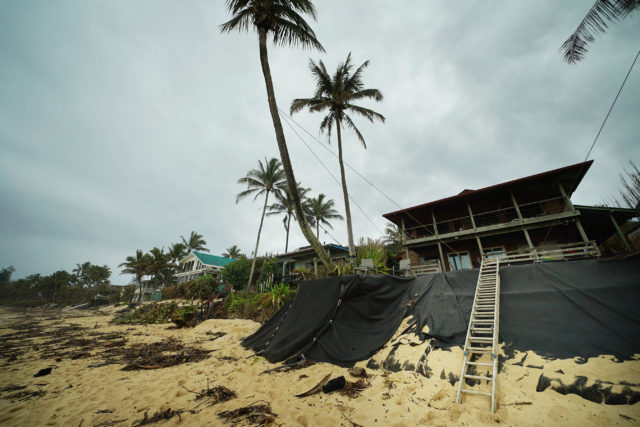 HI - What Is Hawaii Government Doing About Sea Level Rise?

There isn’t a definitive list of priorities at the state level, but legislation is under consideration and Oahu is preparing its plans for local action.

The state predicts sea level rise will cause at least $19 billion in damage in the next 80 years and Brad Stubbs, a Civil Beat reader who lives in Waialua, wanted to know how the government is responding to rising waters.

“How are we going to ensure that these properties, whether public or private, are receiving the support that they need?” he asked. Episode 10 of “Are We Doomed? And Other Burning Environmental Questions” put his question to government officials.

“I would say the government here has more of a plan than most governments elsewhere,” said Josh Stanbro, the chief resilience officer for the City and County of Honolulu.