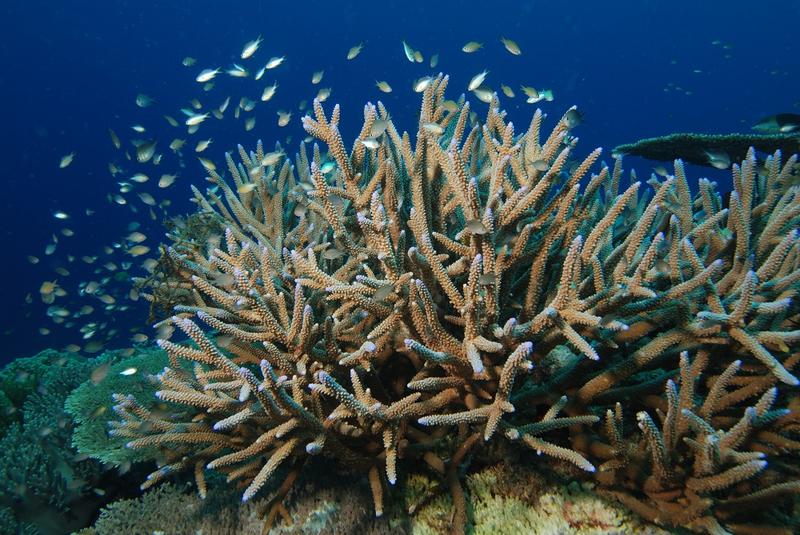 HI - Using Coral Colonies to Predict the Growth of COVID-19

There has been a notable lack of transparency from local officials when it comes to data surrounding Hawaii’s coronavirus pandemic.

As HPR has previously reported, the models used by state Department of Health to predict the trajectory of local COVID-19 infections have not been released to the public.

Amid a surge in new cases of the virus and recently enacted social restrictions, a new model is now shedding light on how the SARS CoV-2 virus spreads in the islands, but it did not come from government officials. It was designed by a scientist at the University of Hawaii using an unlikely reference: local coral colonies.

Josh Madin is a marine biologist at the Hawaii Institute of Marine Biology on Coconut Island. Normally, his research normally focuses on problems like coral bleaching and mapping coral colonies. As it turns out, the mathematical models used to predict the growth of corals also work pretty well for modeling spread of a virus like the one that causes COVID-19.

“We use models like this all the time in corals; we’re usually trying to get corals to grow,” Madin said in an interview.

“But in the case of COVID-19, it’s the opposite. You want to figure out how to slow it down.”

While it’s not an exact comparison, there are some similarities between the seemingly disparate organisms. A virus needs a host in order to reproduce, just like coral colonies need a reef on which to grow.

“That’s what you call the exponential phase of population growth, and that’s kind of the scary phase,” Madin explained.

“It’s really hard to slow it down from this point because whatever you do know will take a couple of weeks to unfold.”