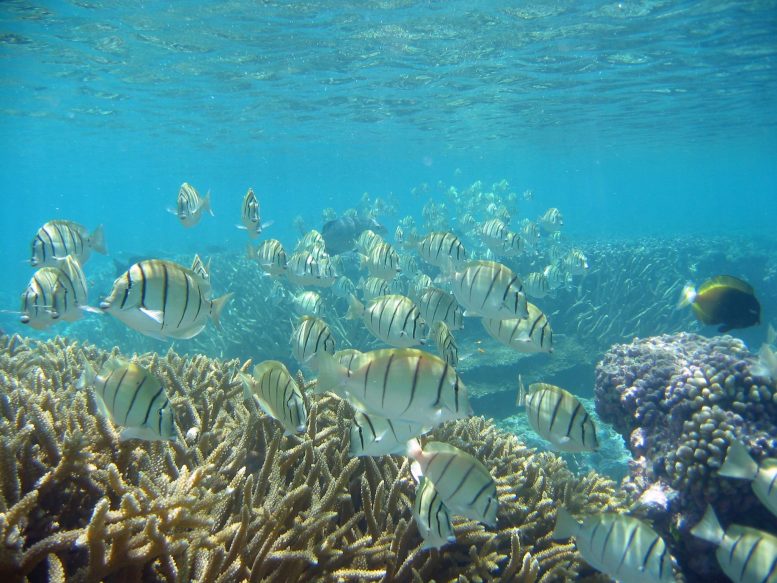 In a study published recently in Ecology and Evolution, an international team of researchers focused on what can happen to ocean ecosystems when fishing pressure increases or decreases, and how this differs between tropical to temperate marine ecosystems.

The team, led by Elizabeth Madin, researcher at the Hawai’i Institute of Marine Biology (HIMB) in the University of Hawai’i (UH) at Mānoa School of Ocean and Earth Science and Technology (SOEST), found ecosystems do not respond universally to fishing.

There has been much debate about the degree to which ocean ecosystems are impacted by fishing, also termed “top-down forcing” because such changes occur when predators at the top of the food web are removed, versus the availability of nutrients and other resources in an ecosystem, termed “bottom-up forcing.”

“Examples from a variety of marine systems of exploitation-induced, top-down forcing have led to a general view that human-induced predator perturbations can disrupt entire marine food webs, yet other studies that have found no such evidence provide a counterpoint,” said Madin.

Madin worked with an amazing team of marine ecologists from all over the world, particularly those from the Australian Institute of Marine Science (AIMS) and the University of Tasmania (UTas). Using time-series data for 104 reef communities spanning tropical to temperate Australia from 1992 to 2013, they aimed to quantify relationships among populations of predators, prey, and algae at the base of the food web; latitude; and exploitation status over a continental scale.