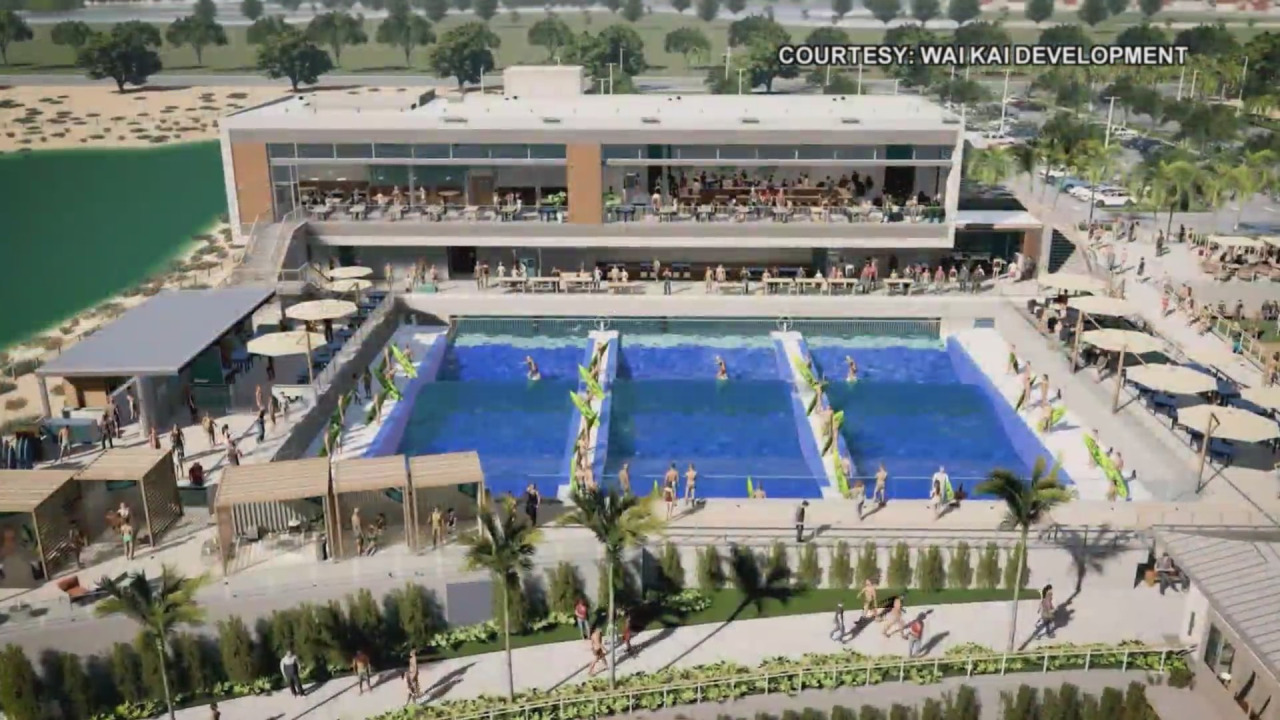 Things could look a lot different around Ewa Beach in 2022. Visitors and kamaaina can expect a first-of-its-kind surf park venue.

The $100 million project will also include the world’s largest standing surf wave.

“This is like Waimea River wave on steroids that goes all day every day,” said Skip Taylor from the surf park management. “We can run the wave from knee-high to head high and it can get up to a 100-foot wide wave.”

The project broke ground in October 2020 and is expected to open in early 2022. Developers hope that visitors and kamaaina will enjoy this first-of-its-kind venue in west Oahu. Some Ewa Beach residents are skeptical, however.

“First thing that comes to mind is how is it going to impact the community and will it drive up taxes on homes,” said Edwin Julian, an Ewa Beach resident.

Developers are still finalizing prices for admission. Costs are another concern for residents.

“I’m not sure if people are going to be able to afford it. So you might have something like that, but a lot of low income people might still end up going to the beach. So I don’t know, there’s a lot of questions that need to be asked,” Julian said.

Plans to develop the area have been decades in the making, though it has had its challenges. An initial proposal to create a marina was scrapped and some have raised concerns that development could cut off beach access.