Hawaii & Alaska
Papakolea Beach (aka Green Sand Beach) is located in an area known as South Point on the island of Hawaii. It is one of only four green sand beaches in the world. Praveen P.N/Getty Images 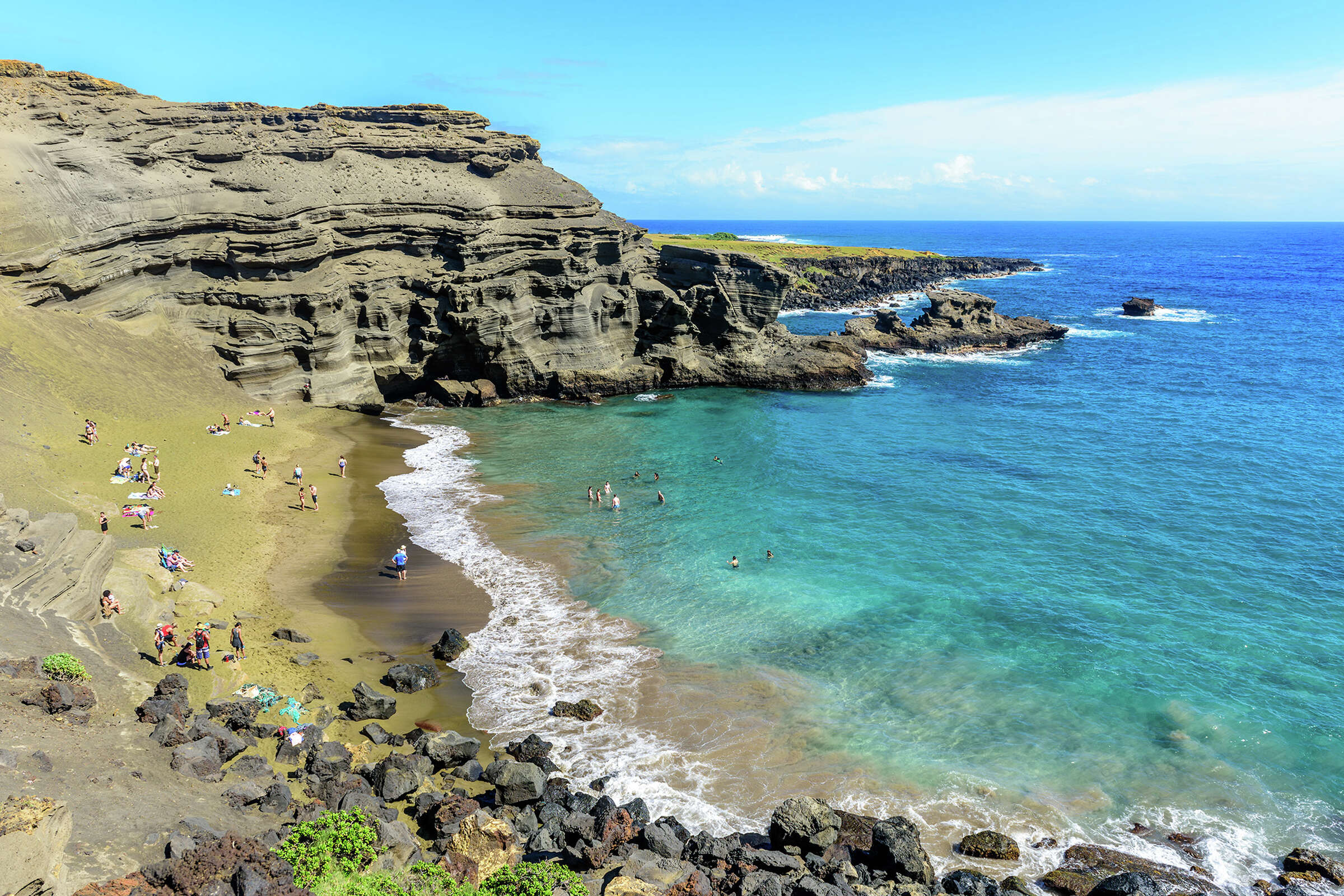 HI - There are four green sand beaches on Earth. Hawaii's has been 'desecrated.'

There are only four green sand beaches on Earth, and Hawaii has one of them. Located at Hawaii Island’s South Point in the district of Kau, Papakolea Beach has rare olivine sands, created by a volcanic cinder cone. But the beauty of the area masks the issues around it.

An hour-and-a-half drive from Kona, and two hours from Hilo, South Point is rural and undeveloped. Visitors and residents have severely scarred the land by illegally creating their own roads. A significant amount of damage has been caused by the resulting web of dirt paths, with ruts as deep as 8 feet, to get to the beach and other surrounding areas of Ka Lae (Hawaiian for “The Point”), dubbed the southernmost point in the United States.

“This sacred and treasured place for the people of Kau has been desecrated and exploited by off-road enthusiasts, thoughtless actions of visitors, and sports fishermen despite the presence of iwi kupuna [ancestral bones and burials] and sacred sites,” the Department of Hawaiian Home Lands said in a 2016 South Point resources management plan describing the issues. “The people of Kau are pleading to ‘let the land heal’ so that what is left of this fragile ecosystem can be shared with future generations.”

DHHL is the governing body responsible for managing South Point’s lands, which are held in a trust to be used for Native Hawaiian beneficiaries.
But with a large part of its budget going towards Hawaiian homes, the department does not have the funds to have someone down there 24/7 to enforce the rules.

“Any off-roading is illegal unless they are using the county dirt road down to Kaulana Boat Ramp,” Cedric Duarte, a spokesperson for DHHL, tells SFGATE. Meanwhile, illegal commercial vehicular enterprises have also popped up.

“The land has been exploited by individuals providing illegal shuttle services who care only about economic gain even at the expense of the land and resources,” the DHHL management plan adds.