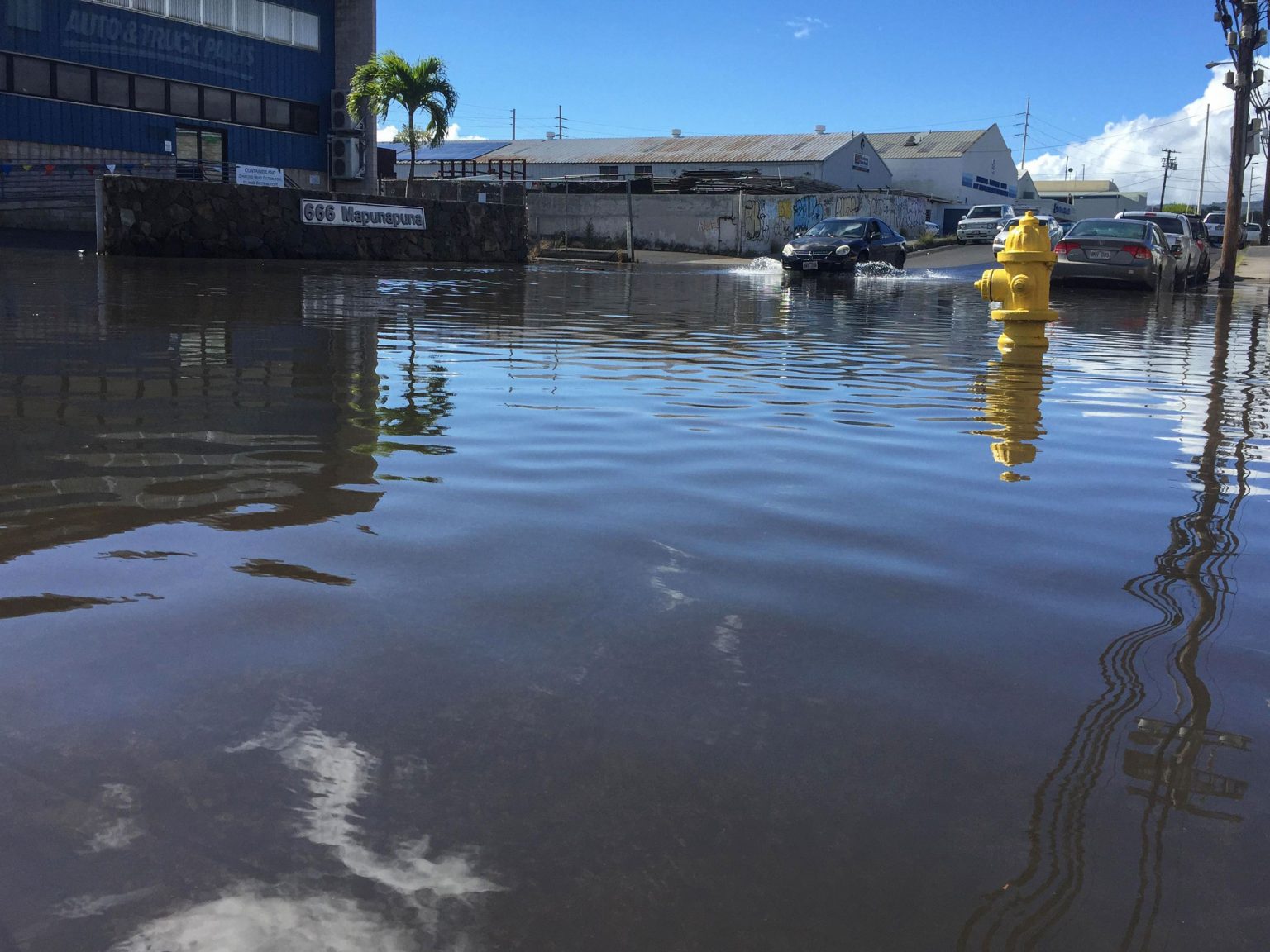 Before dawn on July 3, 2018, staff at the Board of Water Supply (BWS) on the island of O‘ahu, Hawai‘i, received a slew of phone calls alerting them to water gushing across an intersection along Nimitz Highway, the major thoroughfare that connects the harborside downtown area of Honolulu to the city’s airport. A water main had split, and its contents were bursting to the surface.

Staff rushed to the site. Water-main breaks were not uncommon, but this site bore a specific risk. For much of the 20th century, this low-lying flatland was a main artery for channeling fuel from tankers in Honolulu Harbor through underground pipes to the rest of the island. Remnant pipelines and tanks now litter the subterranean landscape, and the toxic contents that once coursed through them have seeped into the ground, contaminating the earth.

When crews arrived at the spewing water main, the air reeked of fuel oil. The workers dug about two meters below the road. When they reached the 40-centimeter-wide cast-iron water main, it was submerged in water, and the pool was topped with a sheen of slithering fuel oil. Based on past experience, they knew the dirty water did not originate from inside the pipe—it was coming from the earth itself. Because at this site, around 100 meters from the Pacific Ocean, groundwater actually rises and falls beneath coastal roads and buildings according to tidal rhythms, picking up toxins from the soil as it moves.