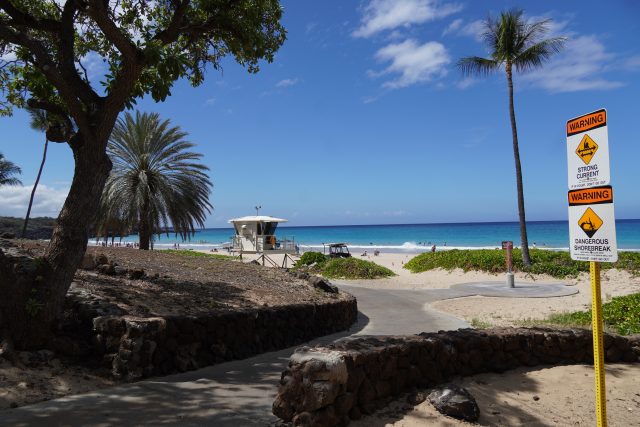 Counties have stepped in to fill the breach, but say the state should pay for lifeguards at its own parks.

SOUTH KOHALA, Hawaii Island — Beachgoers at five state beach parks in Hawaii could be swimming at their own risk more often this summer as the pandemic’s financial toll on the Division of State Parks has left the agency unable to cover the costs of lifeguards.

Since the state pulled funding last year, a couple of counties have managed to pick up the tab to keep lifeguard towers staffed. But county officials throughout the state have argued that it’s the state’s responsibility to ensure safety at its parks.

As counties continue to explore their options, including reducing services or pulling lifeguards off some of the islands’ most popular beaches, officials have stressed the importance of those life-saving personnel.

“I think the benefits of having the service there is huge for our community and our visitors alike,” said Darwin Okinaka, Hawaii Fire Department assistant fire chief of emergency operations. “And we really don’t want to see this come to an end, and we will do everything we can in our powers to keep it going, but on the other end of it we understand the situation and we just can hope for the best.”

The state has in the past paid the counties to assign lifeguards to state-managed beach parks throughout the islands, including: