Hawaii & Alaska
The military used the Molokini Crater as a training range for air and sea bombardments during World War II. Despite efforts over the years to remove unexploded ordnance, many bombs still remain.Honolulu Civil Beat 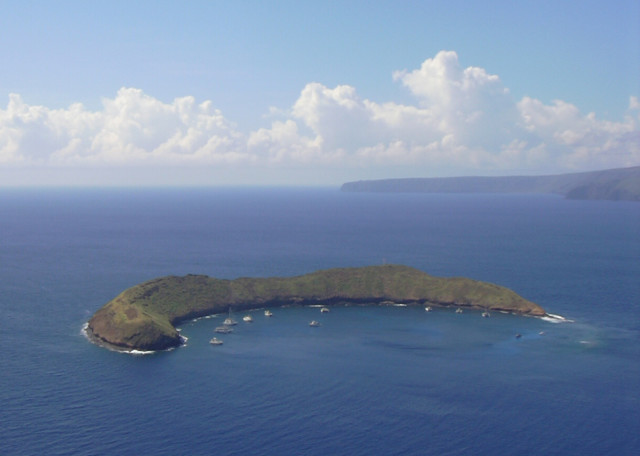 Hawaii Proposed Detonation of World War II-Era Bombs at Molokini Angers Activists 8 State and federal agencies have been planning to dispose of the bombs since last year. By Kevin Knodell / June 26, 2020 Reading time: 4 minutes. The Navy is currently evaluating how to safely remove a pair of World War II-era explosives at Molokini Crater.

The Department of Land and Natural Resources and the Department of Health requested the Navy’s help in dealing with the bombs after they were discovered buried in the sand last year.

While there are several ways to dispose of explosives, Navy ordnance disposal teams typically determine that controlled detonation from a distance to be the safest to humans.

The proposal has angered local leaders and activists who argue that it could be devastating to local marine wildlife.

“It is unacceptable that this has progressed this far without proper consultations and public input,” Rep. Tina Wildberger said in a press release. “I beseech the Navy to use imagination, thought, care and consideration, and not take the easy way out and detonate this ordnance.”

A blog post posted on the website of Maui-based Mike Severns Diving on Thursday caught the attention of Wildberger and local environmental activists. Written by dive guide Pauline Fiene, the post looked at the history of previous Navy ordnance detonations in the 1970s and 80s around Molokini and the damage the explosions inflicted on coral and local fish. It included vintage photos of the destruction.