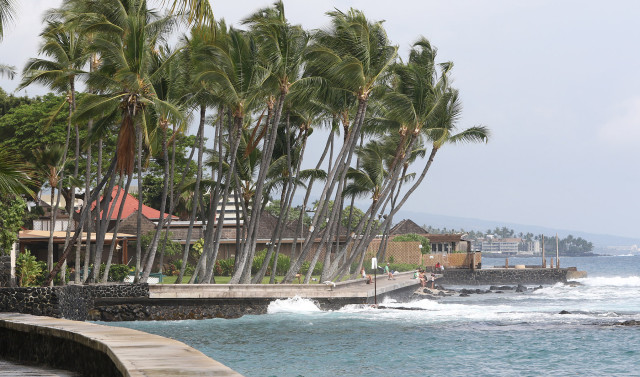 HI - Paradise Is Going Underwater. What Can We Do?

There is nothing more quintessential to Hawaii than its iconic beaches and idyllic scenery.

However, with the continual increase of global temperatures, the threat of sea level rise brings to light the reality of potentially compromised structures and coastal ecosystems that are crucial to Hawaii’s image of paradise and economic wellbeing.

Research published by the state of Hawaii suggests that by 2030, we can expect 3.2 feet of inundation. The loss of Waikiki beach alone is estimated cost $2.2 billion in 2016 dollars.

As a quick comparison, Hawaii’s 2016 real GDP in current dollars was approximately $86 billion with $19 billion in revenue from tourism intensive industries — around 22% of total state GDP.

In order to mitigate the effects of sea level rise (or SLR, as it is known), Hawaii currently implements grey infrastructure which includes the use of sand groins and sea barriers. Green infrastructure, appropriately named, utilizes coastal ecosystems such as tidal marshes and sea grass to slow beach erosion and produce reserves of carbon.

While Hawaii does not implement the later, it has been used in other countries like the Philippines, Ecuador, Costa Rica, and Indonesia — most notably through Conservation International’s Blue Carbon Initiative.

The simultaneous application of both is equivalent to a ‘no-regrets’ approach which means that solutions are not mutually exclusive and that even if newly planted coastal ecosystems do not function as expected in reducing the impacts of SLR, there are still other benefits such as making the environment cleaner and helping to alleviate storm runoff.