Hawaii & Alaska
STAR-ADVERTISER / 2016 The Quiksilver in Memory of Eddie Aikau big wave surfing contest was held in 2016 at Waimea Bay. 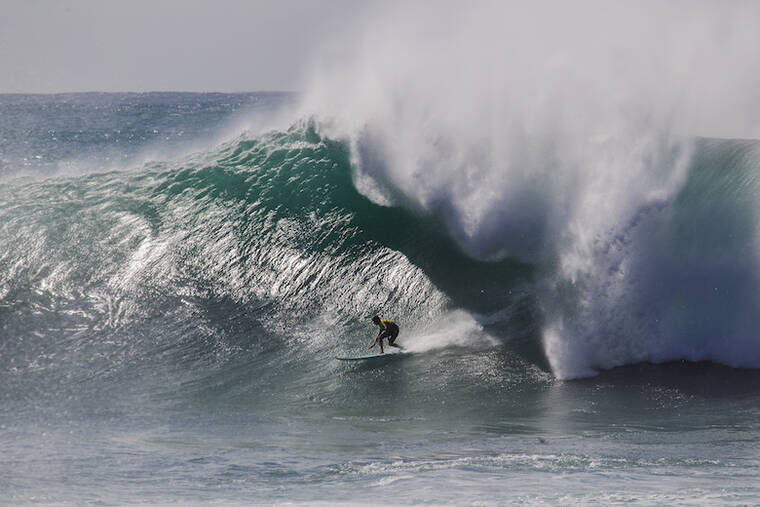 HI - Organizers: ‘The Eddie’ is a go Wednesday with 50-foot surf in the forecast

This “giant” surf, which could be as high as 40 to 50 feet, is expected to arrive Tuesday night, rapidly build and peak along north facing shores of the Hawaiian isles Wednesday, and last through Thursday.

HONOLULU (HawaiiNewsNow) - The Eddie Aikau Big Wave Invitational is “on” for Wednesday as a massive winter swell is projected to roll in, organizers said.

Clyde Aikau is carrying on his brother’s legacy by organizing the world’s premiere big wave surf contest on the North Shore.

Known as the “Super Bowl of Surfing,” over 1.2 million streaming views were recorded during the last event. A link for a live stream of the surf competition can be found on the official website.

The National Weather Service is forecasting wave faces of 50 feet from Tuesday night through Thursday. However, for the contest to go on, the winds also have to cooperate and right now meteorologists say they are questionable.

Forty surfers are invited this year, including five women.

The window for waves began Dec. 14 and runs through March 23.