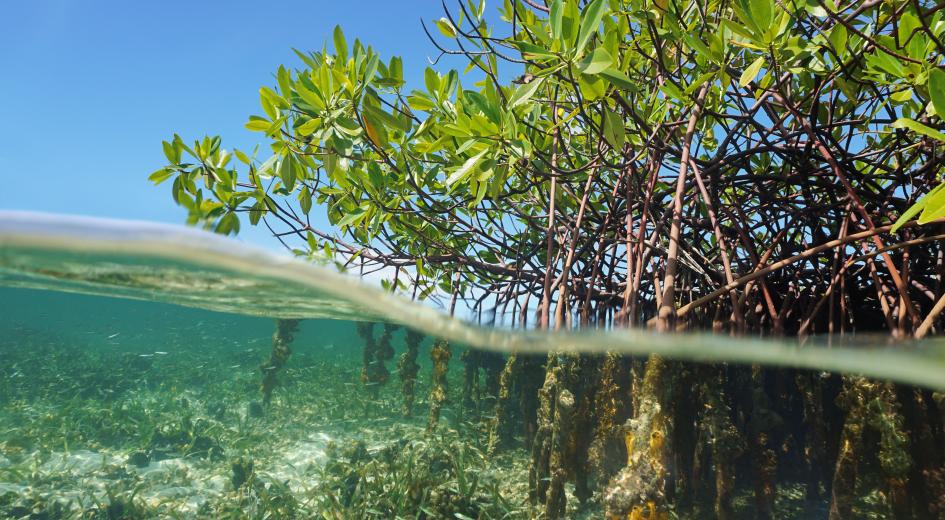 In a new paper published in the Journal of Applied Ecology, environmental science and management professor Elise Granek and lead author Casey Lewis, PSU alumna, report the findings of a census of zooplankton communities in non-native mangrove habitats and open coastline on the island of Moloka'i, Hawaii. The study found the diversity of zooplankton communities in mangrove stands was comparable to that of the open coast. Additionally, the authors report that while they found some species to be less abundant in mangrove sites, other rare species were only present in mangrove habitats. The findings suggest that the non-native mangroves may benefit, rather than impede, zooplankton, many of which are important species in the ecosystems they inhabit.

The paper's implications suggest that faced with declining fisheries, threatened reef ecosystems, and changing climatic and oceanic conditions, the value of ecosystem services provided by some invasive species, e.g., mangroves, may outweigh their negative effects. Therefore, the decision-making process involved in managing some invasive species warrants more careful consideration of both costs and benefits provided to the ecosystem.

Granek is a marine ecologist and manages the Applied Coastal Ecology lab at Portland State University. Granek's lab investigates how coastal processes are affected by disturbances such as invasive species and pollutants.

Mangroves, native to subtropical and tropical latitudes, were introduced to Moloka'i early in the 20th century to control soil erosion. In the last 100 years, the trees have established novel ecosystems on parts of the island's coast and have spread to other Hawai’ian Islands. Granek’s dissertation work focused on mangrove ecology in the tree's native habitat and found that mangroves supported a rich biodiversity of zooplankton in the tree's native regions. Zooplankton biodiversity suffered where the trees had been removed. This new study questioned whether such would be the case where humans introduced mangrove populations. The new study’s finding suggests the establishment of novel mangrove ecosystems on Moloka'i are not a cause of concern for local zooplankton communities and instead may provide suitable habitat for several rare species.

"I hope the study findings inform the conversation and highlight the need to take an unbiased approach when identifying appropriate management strategy for non-native species," Granek said. "There is a mindset that all non-native species are harmful. It's important that we, as scientists, are objective and look closely at what the science says about the costs and benefits provided by non-native species."