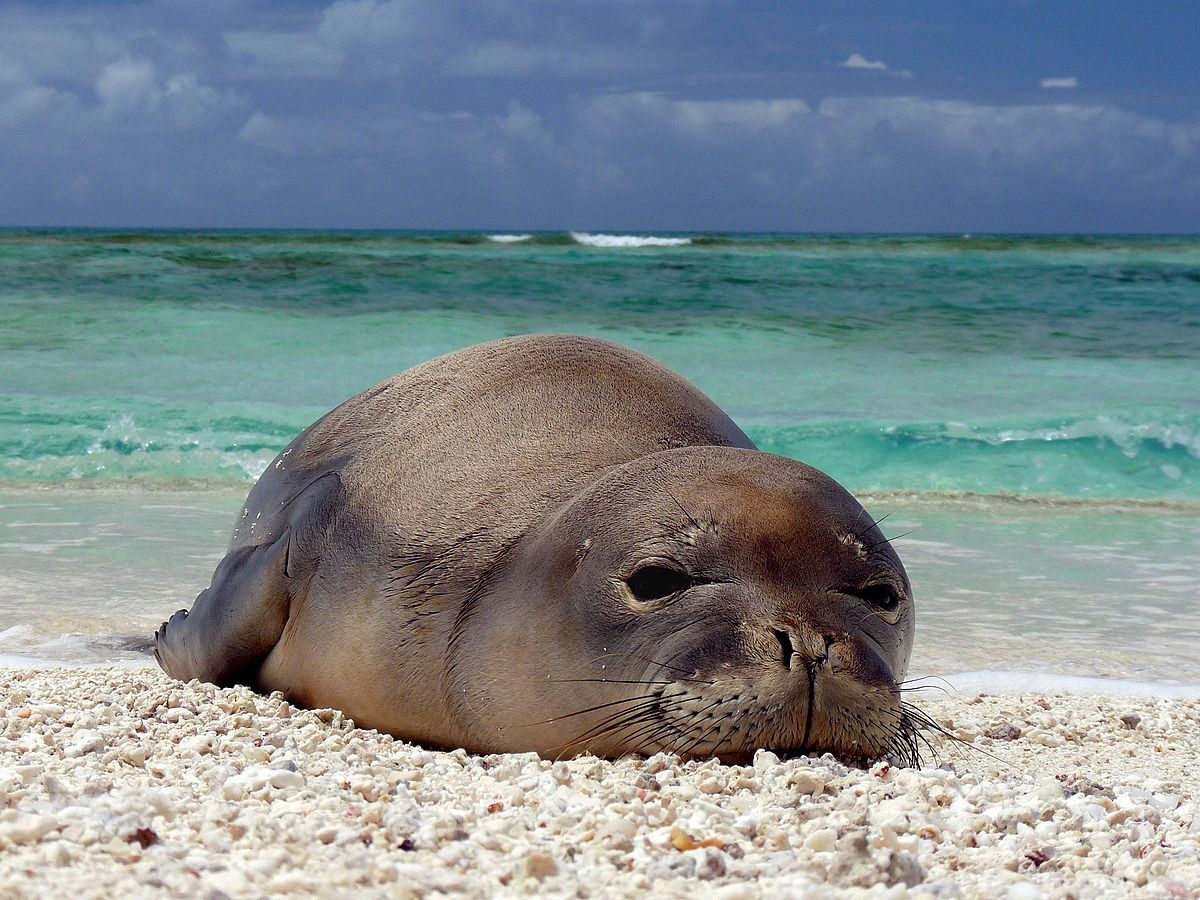 In the wake of a Hawaiian monk seal attack on a visitor from California, federal officials are reminding the public to give the endangered animals a respectful distance.

The National Oceanic and Atmospheric Administration recommended: “Give them space — that’s one of the main messages we emphasize when it comes to endangered Hawaiian monk seals. Space is especially important for mother seals with pups.”

On Sunday morning, a 60-year-old woman swimming in waters at Kaimana Beach was pursued and injured by Rocky, the Hawaiian monk seal that gave birth to a male pup, PO8, earlier this month.

The Hawaii Department of Land and Natural Resources said she suffered lacerations to her face, back and arm, and that it was a “terrifying experience” for her.

DLNR will not fine her following the encounter, saying that she happened to be in the “wrong place at the wrong time,” but did not provoke the incident.

NOAA recommends staying at least 150 feet away from mother seals with pups on land and in the water.

Although both NOAA and its nonprofit Hawaii Marine Animal Response have posted warning signs and put up protective fencing, cautioning the public that monk seal mothers can be aggressive and bite, it is not against the law to enter the water, DLNR said.

The recommended 150-foot distance is also a guideline, and not law, but NOAA says “we strongly advise people to follow them — for personal safety as well as the seals’ protection.”

NOAA said that the incident shows how protective mothers can be around their young pups. Rocky was out for a morning swim with her pup when the swimming woman caught her attention and she began barking at her.

“Biologists believe mother monk seals vocalize to warn other seals to stay away and to communicate with their pups,” said NOAA in its post late Monday.

Rocky pursued the swimmer, which she perceived to be a threat to her pup, and the encounter resulted in injuries to the woman.