Hawaii & Alaska
The first big summer swell, making for high surf, has hit Waikiki. With less tourists due to the COVID-19 pandemic, locals on Wednesday reclaimed the waves. 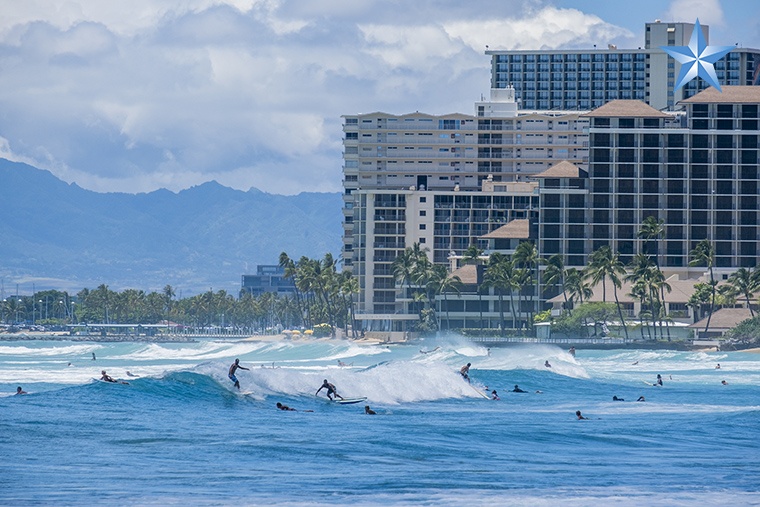 Locals have reclaimed Waikiki surf as the COVID-19 pandemic has mostly eliminated tourism.

Summer arrived early, with an epic swell on Wednesday that pounded Oahu’s South Shore from inside breaks to the outer reefs, where deep blue waves with 6- to 10-foot faces folded, feathered and peeled so far that sometimes a wave that began at one break connected through to the next spot down the line.

“I got really long rides,” said John Clark, the author, surf historian and retired Honolulu firefighter, who was drying out in the sun along the waterfront walkway near Public Baths in Waikiki after surfing the Publics break on his thin, skegless, wooden paipo board.

“On my last wave, I finally got a good, long ride all the way past the Wall,” said his friend John Cavaco, a longboarder, referring to Kapahulu Groin, which lies about a half-mile Ewa of Publics. The remark prompted Clark to recall Duke Kaha­namoku’s 1917 traverse of Mamala Bay on a single, 20-foot wave he caught at Castles, off Kaimana Beach, and rode on his 16-foot-long redwood board for more than a mile.