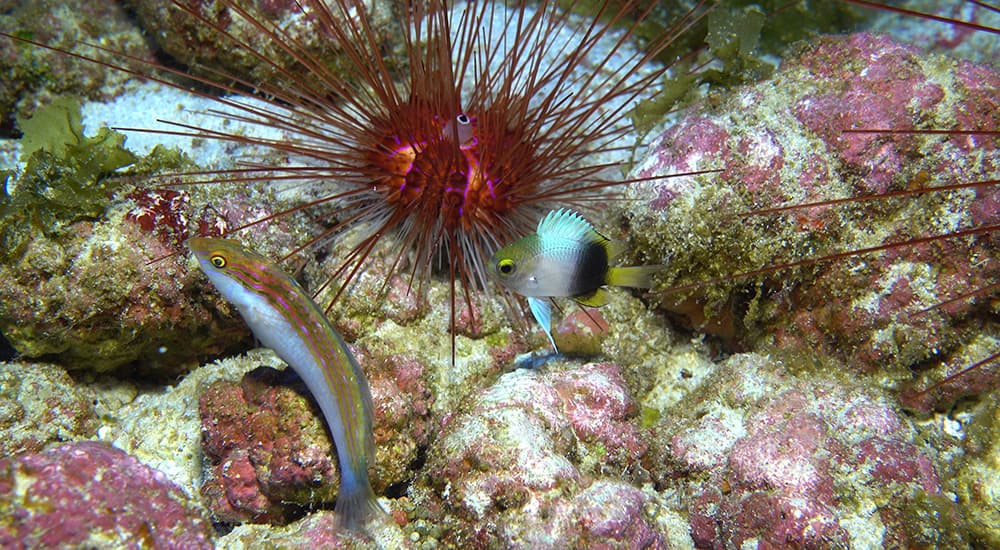 HI - Marine Sanctuary Off of Hawaiian Islands Under Consideration by NOAA

NOAA's Office of National Marine Sanctuaries is initiating the process to consider designating marine portions of Papahānaumokuākea Marine National Monument as a national marine sanctuary. This designation would add the conservation benefits and permanency of a national marine sanctuary to safeguard resources in the marine portions of the monument.

NOAA Fisheries has announced the initiation of a process to consider designating marine portions of Papahānaumokuākea Marine National Monument as a national marine sanctuary.

This designation would build on existing management by adding conservation benefits and enhanced long-term protection of a national marine sanctuary.

NOAA was directed by the U.S. Senate Committee on Appropriations, Subcommittee on Commerce, Justice, Science and Related Agencies Report for FY 2021 to initiate the work on the national monument to supplement and complement, rather than supplant existing authorities.

NOAA Administrator Rick Spinrad said that Papahānaumokuākea’s ecosystems are increasingly under pressure from threats such as marine debris, invasive species and climate change.

“Designation of the monument’s waters as a national marine sanctuary would complement the efforts of the four co-trustees to safeguard the monument’s natural, cultural and historic values,” he said.

The monument is the largest contiguous fully protected conservation area under the U.S. flag. It encompasses 582,578 square miles of the Pacific Ocean, an area larger than all of the country’s national parks combined. It is home to the endangered Hawaiian monk sea, threatened green turtles, extensive coral reef habitat and many species found nowhere else on Earth. The complex and highly productive marine ecosystems of the monument are significant contributors to the biological diversity of the ocean, according to NOAA officials.

The monument is of great importance to Native Hawaiians, as it includes many wahi pana (places of great cultural significance and practice) where Native Hawaiian cultural practitioners today reconnect with their ancestors and gods. The monument is also home to many post-Western-contact historic resources, such as those associated with the Battle of Midway during World War Two and 19th century commercial whaling.

Papahānaumokuākea Marine National Monument is the largest contiguous fully-protected conservation area under the U.S. flag, encompassing an area of 582,578 square miles of the Pacific Ocean -- an area larger than all the country's national parks combined. Home to the highly endangered Hawaiian monk seal, threatened green turtles, and many species found nowhere else on earth, the complex and highly productive marine ecosystems of the monument are significant contributors to the biological diversity of the ocean.

A sanctuary designation would allow NOAA to apply additional regulatory and non-regulatory tools to augment and strengthen existing protections for Papahānaumokuākea ecosystems, wildlife and cultural and maritime heritage resources.

NOAA is accepting public comment on its proposal through Jan.31, 2022. More information on how to comment is online at https://sanctuaries.noaa.gov/papahanaumokuakea/

NOAA is inviting the public to comment on the range of issues to be considered for the designation of a national marine sanctuary, including potential boundaries; impacts on historic properties; resources that would be protected by a sanctuary; and the potential socioeconomic, cultural, and biological impacts of sanctuary designation. The information the agency receives during the comment period will be used to develop draft designation documents including a draft sanctuary management plan, proposed sanctuary regulations, and terms of designation.

The public can comment on the proposal until Jan. 31, 2022, through the Federal eRulemaking Portal, www.regulations.gov. The docket number is- NOAA-NOS-2021-0114.

Comments may also be mailed if postmarked by Jan. 31, 2022. Comments should be addressed to:

NOAA also will host virtual meetings on the dates and times specified to answer questions and gather public input. Individuals who plan on attending the public meetings to give oral comments and any other interested parties must register in advance of the meeting using the registration links below.

NOAA's Office of National Marine Sanctuaries serves as the trustee for a network of underwater parks encompassing more than 620,000 square miles of marine and Great Lakes waters from Washington state to the Florida Keys, and from Lake Huron to American Samoa. The network includes a system of 15 national marine sanctuaries and Papahānaumokuākea and Rose Atoll marine national monuments.