Hawaii & Alaska
Unlike many beaches and parks in the state, Hulopoe Beach Park is quiet, well-kept, away from major roadways and devoid of big obstructions from multiple hotels. . BUTCH GIMA photo 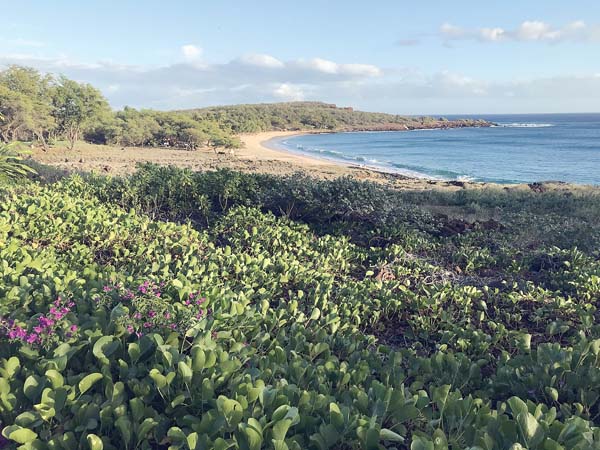 HI - Lanai residents torn over how to manage coveted beach

Unlike many beaches and parks in the state, Hulopoe Beach Park — a special spot on Lanai’s south shore — isn’t completely overrun with people.

Hulopoe Beach Park Council, a panel charged with overseeing the private land since the late ’80s, is working to keep it from getting there.

“People’s experience at Hulopoe evokes a lot of emotion, passion and a lot of memories for those who were born and raised here, who have family here,” Butch Gima, Lanai native and Hulopoe Beach Park Council member, said Friday. “We want to preserve it, perpetuate that feeling you get from Hulopoe.”

Also, residents could sponsor access for family or friends with the same process used in resident sponsorship for camping on the beach.

A public meeting facilitated by the beach council Thursday night drew scores of attendees online and in person. Fourteen Lanai residents testified, along with others from Maui, Oahu and California.

Many said they appreciated the work to reduce overcrowding but opposed the draft measures, saying rules could be too restrictive for former residents and nonresident friends or family.

Keala Kaopuiki-Santos, whose family goes back generations on Lanai, said she doesn’t want to see Hulopoe overrun but she believes in balance.

Lanai has already become exclusive and she has concerns that this “restriction might further that,” Keala Kaopuiki-Santos said.

She suggested a tiered system to prioritize people with ties to the island for access to the beach park and for camping.

Lanai High and Elementary School teacher Deborah Scarborough also testified that the measures may be too restrictive.

Still, Scarborough acknowledged that the beach park and surrounding areas are being taxed by a higher volume of people.

“How could we start at the root of these companies that are dropping day trippers here?” she asked. “My concern is that there’s no money coming into Lanai. It’s a use and leave situation that is affecting the environment.”

At the start of the hearing, beach park council chairwoman Kelly Maltezo, Gima’s daughter, acknowledged that the panel has heard worries about how measures could impact former residents, family members or guests of residents.

“I challenge you all today to please provide us ideas or suggestions of what you think would work,” she said.