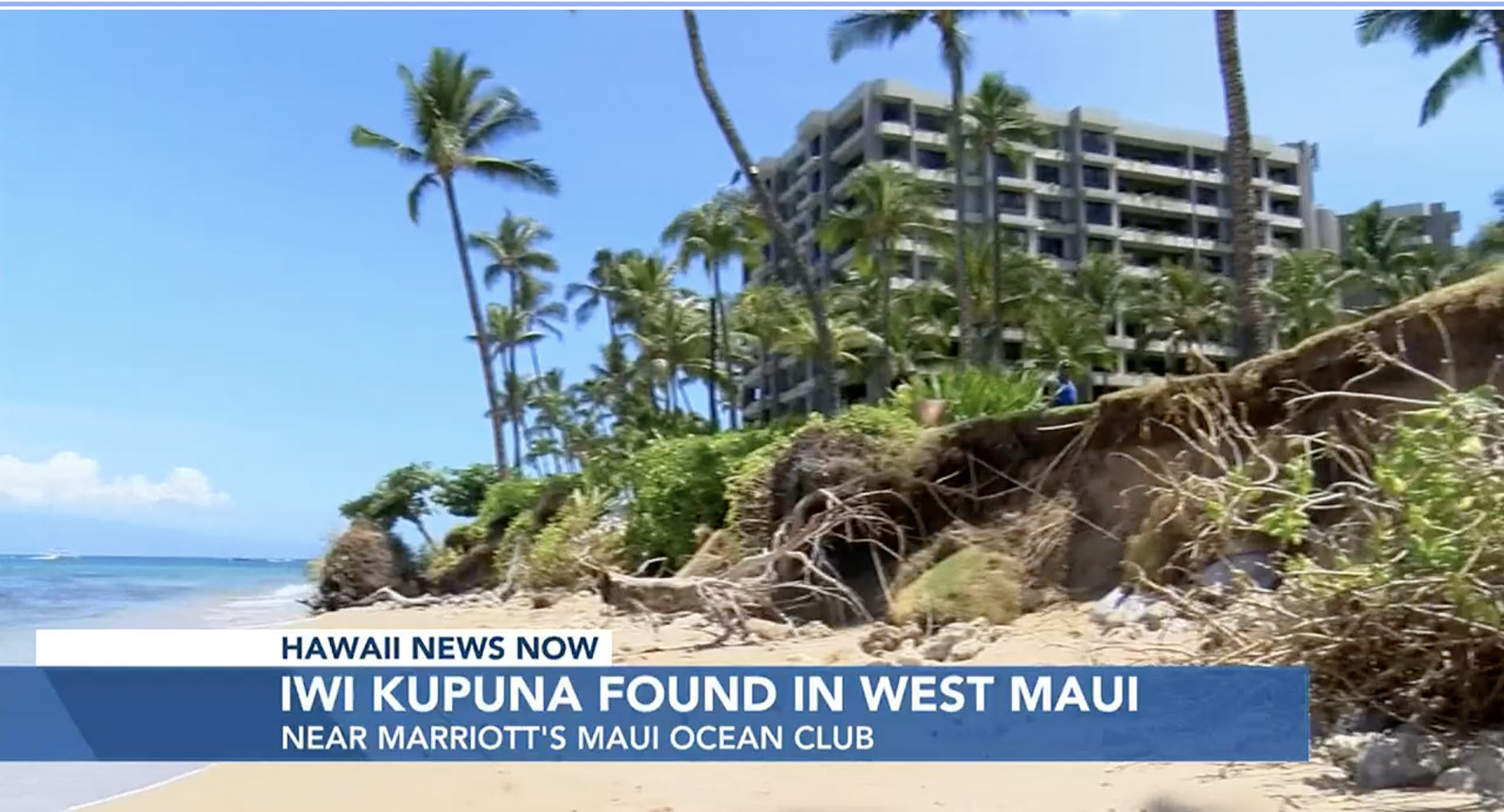 KAANAPALI (HawaiiNewsNow) - Rising sea level and erosion are provoking a painful debate on Maui between protecting the beach and protecting the dignity of Native Hawaiian ancestors.

Last week, a visitor stumbled across ancestral skeletal remains on a public beach near the Marriott’s Maui Ocean Club in West Maui.

“On La Hoihoi Ea, July 31, iwi kupuna were found right here,” said Native Hawaiian advocate Tiare Lawrence. “A skull, arms, right here in the back of us. So, if there’s one, there’s more.”

La Hoihoi Ea, also known as Sovereignty Restoration Day, is a national holiday of the former Hawaiian Kingdom and still commemorated by Native Hawaiians in Hawaii.

“The fact that our kupuna were unearthed that day says a lot. Gives me chicken skin,” Lawrence said.

“I really felt like it was the ancestors making themselves known and really calling out for attention in this area,” said Nishiki.

The iwi were covered by a blue tarp and transported to a safe place.

Hotel managers said the Department of Land and Natural Resources is investigating.

The area in Kaanapali is experiencing severe erosion and a plan is in place to combat the issue.

The Kaanapali Beach Restoration Project plans to transport approximately 75,000 cubic yards of sand. That is almost equivalent to the size of 23 Olympic-sized swimming pools.

However, Lawrence and Nishiki say it is a short-term fix.