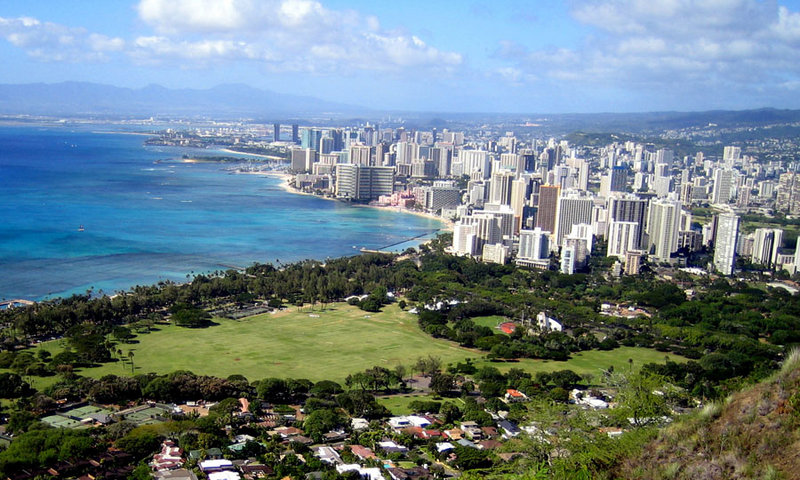 In January, Matthew Gonser was named chief resilience officer and executive director of the Office of Climate Change, Sustainability and Resiliency in Honolulu, Hawaii. His role involves leading the city's sustainability efforts under a new mayor and administration that took over in 2021.

"It's just so validating and satisfying," Gonser, who joined the office in 2017 and previously served as its coastal and water program manager, told Insider, describing his work with the office — especially when it comes to engaging the community. "There's a lot of challenges living in an island community in a globalized economy around affordability, access to food, equity across the electricity sector."

The Office of Climate Change, Sustainability and Resiliency was created by a city charter amendment that was approved by the public in 2016. Afterward, Honolulu was awarded a 100 Resilient Cities Initiative Grant by the Rockefeller Foundation.

The office was put in charge of tracking climate change and ensuring that Honolulu's infrastructure and residents are prepared. It serves in mostly a coordination and facilitation role, Gonser explained — helping with policy development and aligning city investments and projects with state and federal support.

A key part of the office's work also involves community outreach about climate change issues affecting Honolulu and the whole state of Hawaii and potential solutions.

The Resilience Office under Gonser has already made an impact: It's currently finalizing the Climate Action Plan, which will likely be adopted this year, and continuing to implement measures from its Resilience Strategy. Here's a look inside these initiatives.

A Resilience Strategy based on community input

One of the Resilience Office's key projects is the Oahu Resilience Strategy, which kicked off in 2017.

To develop the strategy, they went to the community — the island of Oahu, which is home to Honolulu County and the capital city and encompasses 33 neighborhood boards.

Gonser said they engaged these neighborhood boards to survey residents about their concerns about climate change and possible solutions for "climate shocks and climate stresses," such as hurricanes, infrastructure failure, and cost of living.