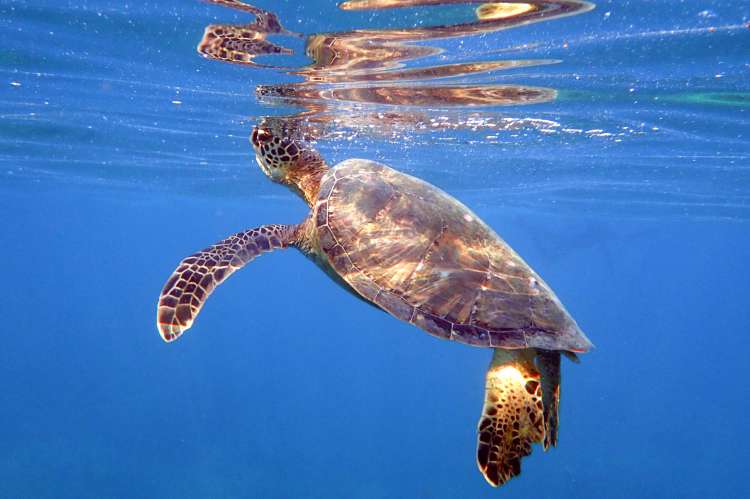 HI - How a Lockdown Saved Hanauma Bay, One of Hawaii's Natural Treasures

For the first time in more than two centuries, the people were gone.

Hanauma Bay, a stunning body of water that formed within a volcanic crater, is approximately 15 minutes from Waikiki. Its natural glory makes it one of Hawaii’s top tourist attractions. Busloads of island visitors converged on the bay to glimpse its wonders.

Before the COVID-19 closure, Hanauma Bay saw approximately one million visitors per year, or between 3,000 and 6,000 daily. It has a long history as a destination. Protected from the ocean’s power by a shallow inner reef and slightly deeper outer reef, ancient residents and Hawaiian royalty would convene at this calm, crystalline bay to fish, camp, celebrate and discern weather conditions before traversing tumultuous waters to nearby islands.

During Hawaii’s tourism heyday in the 1980s, visitors to Hanauma Bay numbered in the tens of thousands daily. Public access regulations were enacted by the city and county of Honolulu to limit these numbers in 1990.

Even then, it wasn’t enough. The wildlife in the bay had taken notice of all of the new visitors. Fish became accustomed to feedings of bread and other human foods, swarming people entering the bay in hopes of a meal. Exhilarated visitors beamed at the up-close experience with marine life in the bay’s lagoons. They told their friends and family, encouraging more visitors.