Hawaii & Alaska
via University of Hawai'i 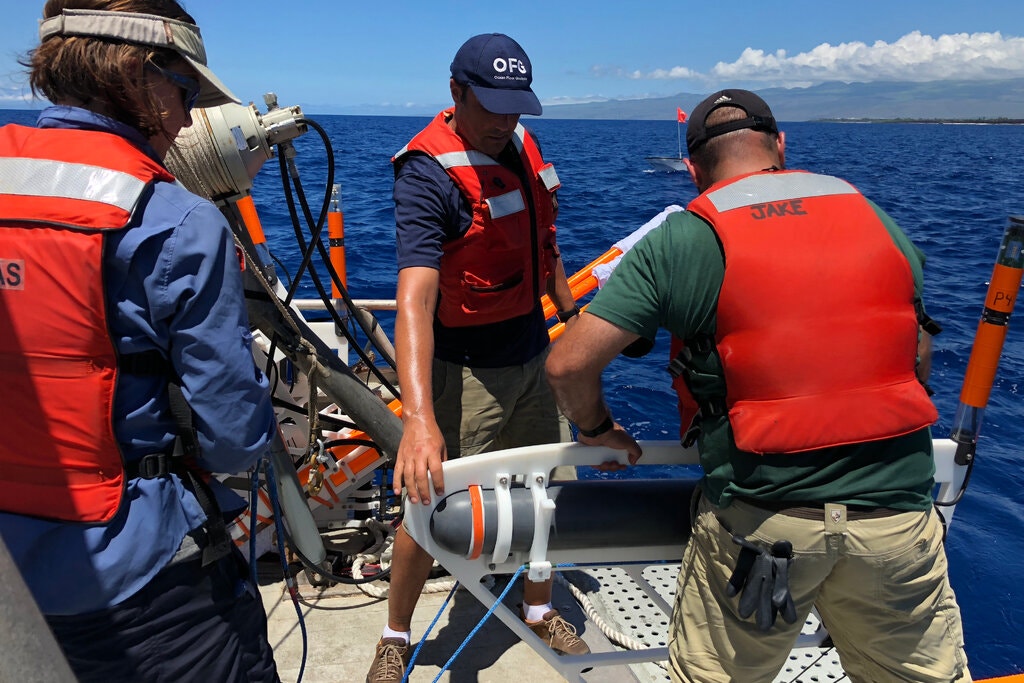 HI - Hawaii’s Freshwater Leaks to the Ocean Through Underground Rivers

If the water could be pumped to the surface, it could help alleviate shortages on the island.

There are few things on the island of Hawaii that are more valuable than fresh water. This is not because the island is dry. There is plenty of rain. The trouble is that there is tremendous demand for this water and much of it that does accumulate on the island’s surface disappears before it can be used.

New research by marine geophysicists reveals that underground rivers running off the large island’s western coast are a key force behind this vanishing act.

Fresh water is often pumped on the island from aquifers formed from rain at higher elevations where it is easy to access. The drawback is that if too much water gets pumped to meet demand, little remains to travel through rocks to farms and fragile ecosystems that depend upon it. To make matters worse, recent studies of this water labeled with isotopes and tracked over time have revealed that these aquifers are also heavily leaking somewhere else.

“Everyone assumed that this missing fresh water was seeping out at the coastline or traveling laterally along the island,” said Eric Attias, a postdoctoral researcher at the University of Hawaii, who led the new study published Wednesday in Science Advances. “But I had a hunch that the leak might be subsurface and offshore.”