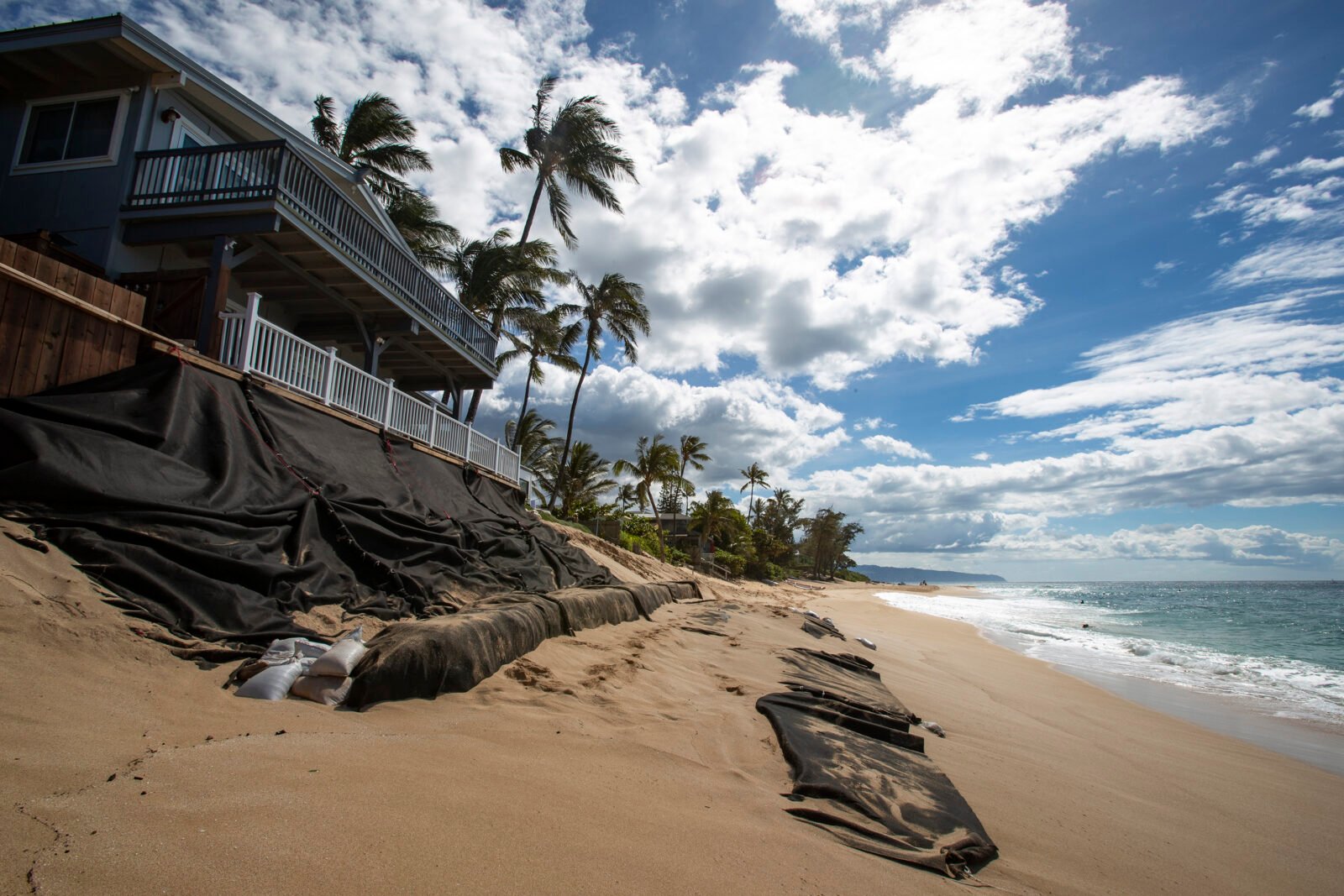 A legal loophole allowed wealthy property owners to protect their real estate at the expense of Hawaii’s coastlines. Now, the state Legislature is considering bills to crack down on the destructive practices, but questions around enforcement remain.

Hawaii lawmakers are considering bills this legislative session that could force oceanfront property owners to remove sandbags and draped heavy tarps that can significantly contribute to coastal erosion. Dozens of owners along Hawaii beaches have used loopholes in current environmental laws to leave emergency armoring in place for extended periods in order to protect homes, hotels and condos. Under the new legislation, they would face strict deadlines for removing them and higher penalties for installing them without permission.

Property owners are legally only allowed to keep the emergency protections in place temporarily, but officials with Hawaii’s Department of Land and Natural Resources have liberally interpreted the term “temporary,” allowing walls of sandbags to remain in front of some properties for years, and even decades, after issuing repeated approvals or losing track of them, an investigation in December by the Honolulu Star-Advertiser and ProPublica found.

Coastal scientists warn that the structures can be just as damaging to Hawaii’s beaches as seawalls, which have contributed to the loss of about one-quarter of the beaches on Oahu, Maui and Kauai. As waves hit an armored shoreline, they pull sand off the beach. In addition, the sandbags have blocked public shorelines, created eyesores along picturesque coastlines and littered beaches with heavy fabric and rope that gets torn and whipped around by waves.