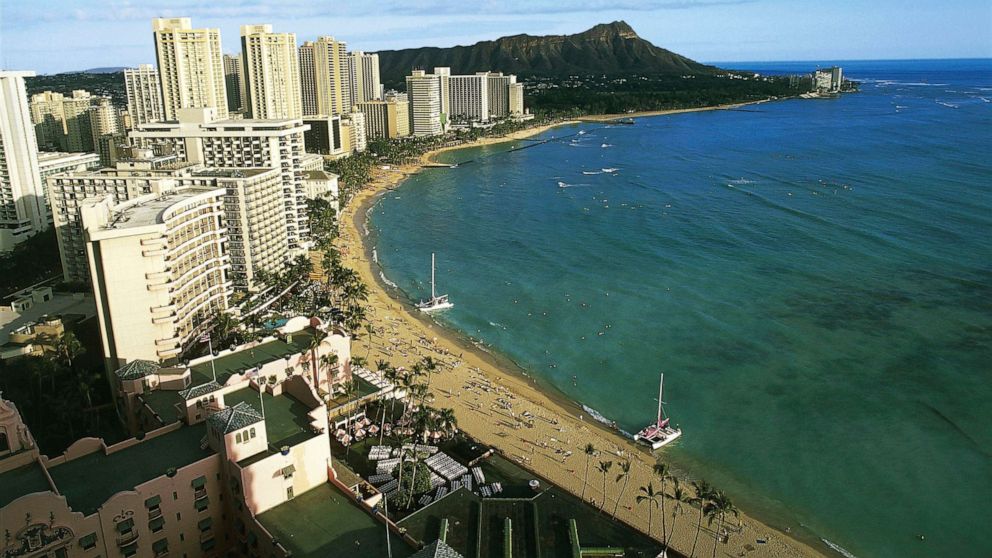 HI - Hawaii's beaches are disappearing due to climate change

Rising sea levels paired with recent storm surges have been causing faster than usual erosion on Hawaii’s beaches and shorelines.

"The coastal issues that are related to climate change are sort of the canary in the coal mine," coastal hazards specialist Tara Owens told This Week co-anchor Martha Raddatz, who reported from Hawaii as part of ABC News' 'Climate Crisis: Saving Tomorrow' series. "Everybody who lives here in Hawaii is an oceanographer. ... You're looking at the tides ... you're paying attention to the waves. You can't ignore or bury the problems, because you see them every day."

According to a recent ProPublica report, three of Hawaii's major islands have lost roughly one-quarter of their beaches. Sea levels are also rising about one inch every four years, threatening 70% of Hawaii’s coastline, according to Hawaii’s state website.

Owens said that in Maui alone, 85% of shorelines are eroding and beaches are "narrowing" as a result.

"Here in Hawaii ... our community is very aware and engaged, and I think that's something we have to share with the rest of the country that might not get to see what we see," Owens continued.

MORE: What you need to know about the COP26 climate summit

In response to the U.N.'s recent "Code Red for Humanity" report -- and a possible "$3 billion loss in assets over the next few years," according to Maui Mayor Mike Victorino -- Hawaii became the first state to declare a climate emergency.

"Unless we take action today, we will lose all the beauty, many of our beaches throughout not only this state, throughout the world," Victorino told Raddatz.

Victorino has accused fossil fuel companies of playing a major part in the climate change effects Maui has been experiencing. According to a studyconducted by the Hawaii State Energy Office, the state is expecting to pay "at least $19,000,000,000 in losses from sea level rise alone."

"The fossil fuel industry has not been forthright with the people of the world, an island nation just like us, all island states like us, and island nations are the ones that suffer the most, most quickly," the mayor said.

Victorino has filed a lawsuit on behalf of the county to hold some companies responsible. Other states and municipalities have also filed upward of 26 lawsuits.

The rising tide is also jeopardizing condos, homes and hotels -- including the home of Filemon Sadang, a fisherman who was born and raised on the island of Maui.

Once, "[the] ocean was far out to sea, about 150 feet," Sadang said, adding that the shoreline has since receded tremendously.