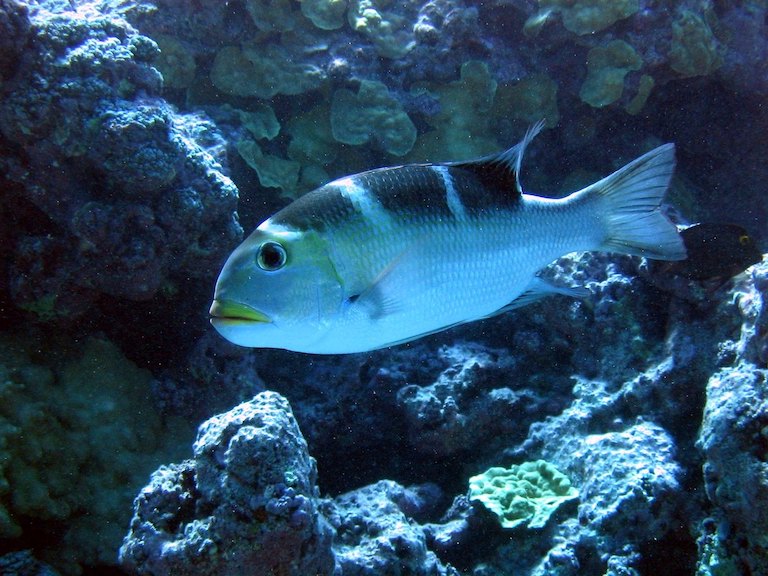 A new study has found a 45% decline in the biomass of important fish species in West Hawai‘i’s reefs across a 10-year period.

A healthy coral reef system is like a well-managed city. Each resident fish has a job in maintaining the reef: some nibble away at seaweed threatening to smother the coral, while others crunch through bits of coral, making space for new polyps. In turn, the reef provides food and a refuge where fish can sleep, reproduce, and hide from predators. These relationships are symbiotic: the fish help the reef, and the reef helps the fish.

But when fish disappear from a coral reef due to fishing or pollution, the system is thrown out of balance, and a reef may deteriorate to the point of collapse, especially when coral bleaching and other climate change-induced factors are thrown into the mix. This is exactly what’s happening to the coral reefs in West Hawai‘i, the western shoreline of Hawai‘i’s Big Island known as the Kona coast, according to a new study.

Published last month in Ecological Applications, the study investigates how human activities, such as fishing, aquarium collection and pollution, affect so-called resource fishes that live in the shallow waters along the reef. The study defines resource fish as species that are “important to local subsistence or cultural sectors,” such as by providing food or income. Overall, it documented a 45% decrease in resource fish biomass across West Hawai‘i’s reefs between 2008 and 2018.

“A 45% decline in 10 years is very alarming,” said Greg Asner, co-author of the study and director of the Center for Global Discovery and Conservation Science at Arizona State University (ASU), a program with which Mongabay is developing a partnership.

For the study, Asner and his colleagues analyzed fish survey data collected by the Hawai’i Division of Aquatic Resources (DAR), which manages the state’s fisheries and reef systems, between 2008 and 2018 at 300 sites across 180 kilometers (112 miles) of coastline. They also used data obtained from ASU’s Global Airborne Observatory, a laboratory aboard an airplane that captures 3D images of coral reefs beneath the water, and calculated the amount of nitrogen pollution from onsite sewage disposal systems and golf courses that reached the reefs.