Hawaii & Alaska
Hui Ho‘oleimaluo, along with Hawaii Land Trust, hope to garner a conservation easement for the Kaumaui property, pictured above. 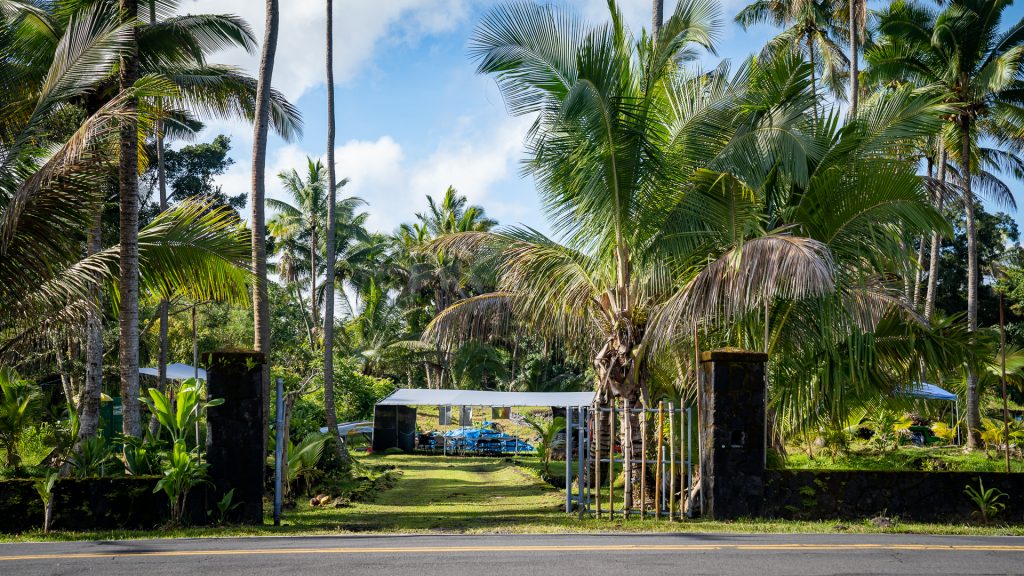 Community caretakers have been adapting traditional practices to modern day challenges in an effort to restore these once-productive food sources.

Kamala Anthony has heard many stories about Kaumaui. Aunties and uncles from her Keaukaha community used to hang out and throw parties on the lush three-acre property in Hilo and she’d pass it a thousand times as she grew up down the street.

With grassy hills and gardens, Kaumaui’s most prominent feature is the intricate loko i‘a, or Hawaiian fishpond, framing the property. Anthony remembers the Okazaki family who used to live there, farming tilapia and mullet in the connected ponds and inviting their neighbors to come fish.

Anthony is the co-founder of Hui Ho‘oleimaluo, a nonprofit dedicated to the restoration of Hawaiian fishponds like the one at Kaumaui. They have been maintaining a nearby loko, Honokea, at Waiuli Beach Park since 2014.

Now, in partnership with Ka ʻUmeke Kaʻeo Hawaiian Language Immersion Public Charter School, they have set their eyes on Kaumaui, not just to restore the fishpond to its heyday, but to turn it into a community gathering place and outdoor classroom.

“Never in a million years did we think we’d be here,” Anthony said.

The resurgence to restore these almost forgotten spaces has strengthened due to the committed work of community stewards like Anthony. But the effort by the kia‘i loko, as the fishpond caretakers are called, has required more than understanding traditional practices. Managing a loko i‘a now requires an understanding of the modern challenges from invasive species and climate change to administration and funding.

Pre-Western contact, there were almost 500 loko i‘a across Hawaii. They are highly engineered aquaculture systems used to farm fish to support the entirety of an ahupua‘a, a traditional land division. Lawai‘a, or fishermen, fished not just for their own families, but for their community.

Centuries later, there isn’t a clear number as to how many active loko there are because most of them are degraded, due to hundreds of years of neglect and inaccessibility. Covered in mangrove, dilapidated walls and derelict ownership has led many of these once-productive food sources to disappear.

Anthony’s passion for fishponds came from a lifetime of loving where she is from. The vision of Hui Ho‘oleimaluo is “thriving communities through thriving ecosystems,” referring to a metaphor she uses for loko i‘a.