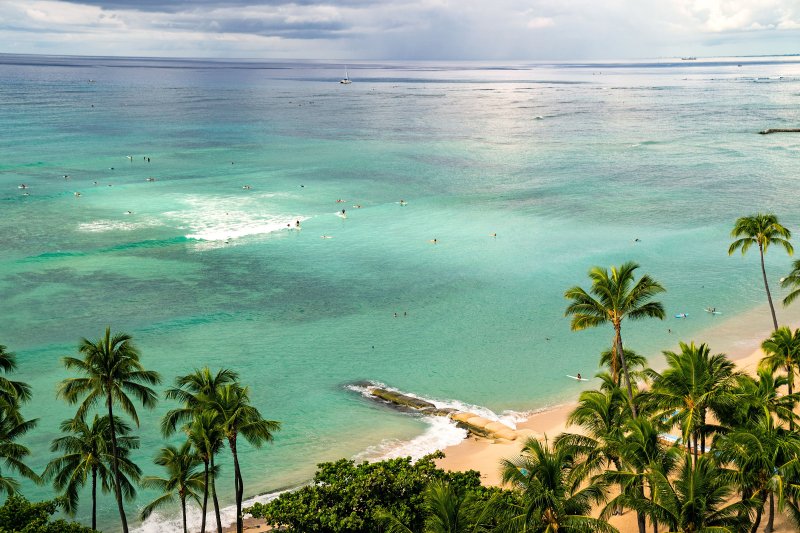 For most of this year, Honolulu’s Waiola Shave Ice had one window open for business, instead of the usual two.

The shop’s neon-blue storefront, decorated with rainbows and anthropomorphic shave-ice statues, still stands out against the surrounding residential buildings, but since the COVID-19 pandemic began, there have barely been enough customers to sustain a single line. On a Monday in late October, as the shop’s 50-year-old owner Jerry Lee served up guava and cotton candy-flavored shave ice atop heaps of mochi and ice cream, the flow of customers was at a trickle.

For Lee, it’s easy to spot which of his customers are locals and which are tourists. “A local will know exactly what they want. They always get the same thing without looking at the menu. But tourists, they’ll look and get overwhelmed at first, asking questions,” says Lee, whose family has owned the business since the early 1980s. Before the pandemic, about half of the shop’s customers were tourists. After Hawaii Governor David Y. Ige in March instituted a mandatory two-week self-quarantine for all people arriving or returning to the state, thus preventing most tourism, Lee had to cut his staff in half and shrink his menu.

Now, Lee can be found serving customers himself most days, and says he’s noticed a small surge in business since the state of Hawaii opened back up to mainland U.S. tourists on Oct. 15. He hopes the trend continues. “Tourists coming back…it’s a great thing,” he says. “Every little bit helps.”

Lee is far from alone in his eagerness to see tourists return to Hawaii. With the archipelago’s resident population at approximately 1.4 million and an average 249,021 daily visitors in 2019, losing tourists meant suddenly losing about 15% of the total number of people on the islands.