Hawaii & Alaska
Pohue Bay has one of the few white sand beaches found on the southern part of the Island of Hawaii. In July, Pohue was purchased by the Trust for Public Land and transferred to the National Park Service. It's now part of the Hawaii Volcanoes National Park. NPS Photo/J.Ferracane 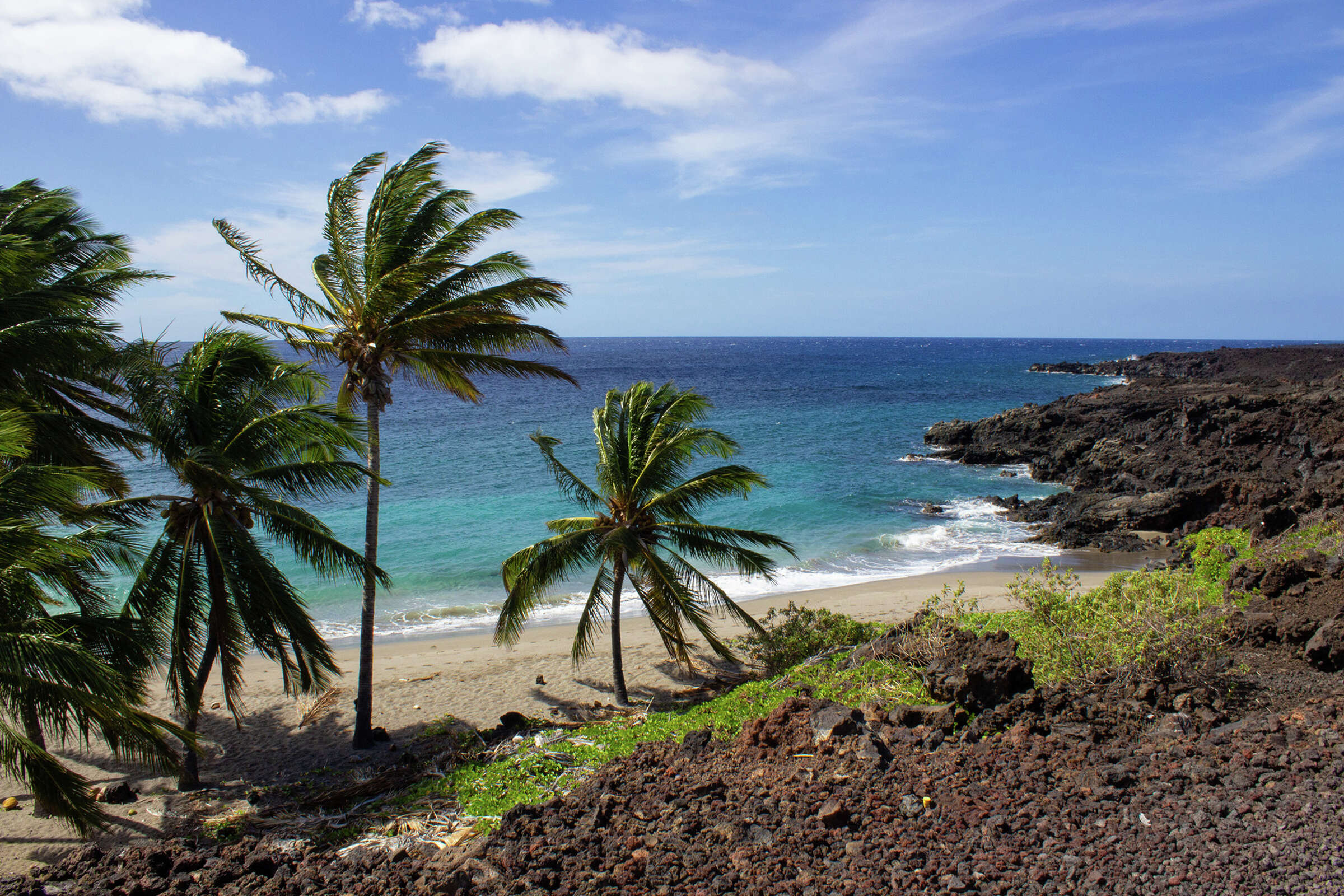 To find the most beautiful beach on the south side of Hawaii Island, look somewhere between a rock and a hard place. That’s the perspective of many longtime residents in the rural district of Kau (pronounced kah-OOH), where 16,451 rugged acres officially became part of Hawaii Volcanoes National Park on July 12.

Although Pohue Bay’s sandy beach, historic sites, petroglyphs, sea turtle nesting grounds and other natural and cultural resources are now protected from the threat of development, those who have traditionally used the remote area — for fishing, gathering, hunting, visiting ancestral grave sites and recreation — nevertheless worry that conservation could mean losing access, sharing it with hordes of visitors, or both.

“Any time there’s any kind of large land purchase in Kau, it always raises concerns within the community,” Nohealani Kaawa, a Native Hawaiian cultural practitioner and lifelong resident of the district, told SFGATE. “A lot has been taken away from the Indigenous people in general. We have access to these places, and when a new owner comes in and purchases land, there’s this big concern that access is being taken from us.”

But unrestricted access has also brought many issues to some of Hawaii’s most cherished sites.

In the case of Pohue Bay, home to the only white sand beach in Kau and sites that show human habitation as early as the 13th century, the threat of development has loomed since the 1980s. Sixteen years ago, a developer bought the land around Pohue Bay, planning for resorts, golf courses and thousands of residences. But after a decade of trying, the company gave up. .

“There’s so many archaeological sites, and the community won’t support a project that is willing to bulldoze those sites for profit,” Kaawa said.

Hawaii Volcanoes National Park has been interested in purchasing Pohue Bay since 2016, when it became part of the park’s general management plan, according to park spokesperson Jessica Ferracane. She said that it came about “after hearing from the community that they wanted this place protected.” The nonprofit Trust for Public Land transferred the land to the park this month after buying it for $9.4 million.“The Kau community itself identified in its own development plan that this was a priority for conservation,” Lea Hong, the Trust for Public Land’s director of Hawaii programs and associate vice president, told SFGATE. Along with the land, the trust also gave $800,000 to the nonprofit Friends of Hawaii Volcanoes National Park to help manage Pohue Bay until the park can formally budget for those expenses.