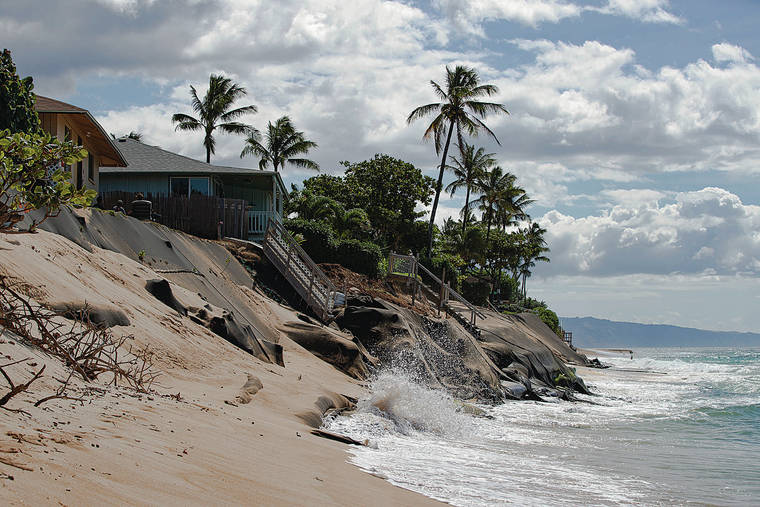 HONOLULU (AP) — Hawaii’s Board of Land and Natural Resources has ordered the removal of several illegal seawalls along beaches on Oahu and Molokai and issued fines to the property owners.

Members of the board expressed growing concern Friday about the loss of state beaches because of the unsanctioned structures, Honolulu Star-Advertiser reported.

Hawaii Office of Conservation and Coastal Lands Administrator Sam Lemmo told the board that persistent use of the illegal walls will have drastic results.

“If you allow them to build seawalls, I guarantee you, I put my career on this, this beach resource is going to be gone for the next generation,” Lemmo said. “This is not a beach resource that we can just let go. It’s too valuable.”

The coastal land office sought a $35,000 penalty against surfer Liam McNamara and his wife, Brandee, for a seawall fronting their Oahu home. The office said neither the original wall built decades ago nor subsequent repairs were authorized.

The wall nearly failed last year and the McNamaras used a cement truck to reinforce and rebuild parts of the structure.