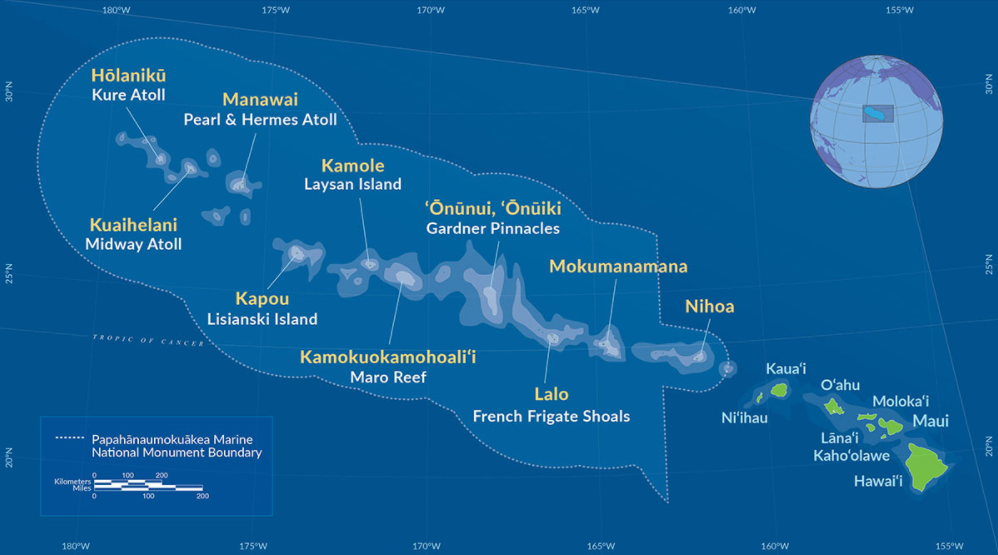 WASHINGTON — Buried inside the $1.4 trillion omnibus spending bill that will fund the federal government through September is a provision meant to protect the Papahanaumokuakea National Marine Monument from future political meddling.

The bill includes language authored by U.S. Sen. Brian Schatz that will allow the National Oceanic and Atmospheric Administration to start the process of declaring the monument a national marine sanctuary, which will make it harder to roll back environmental protections via presidential executive order.

The monument was first created by President George W. Bush in 2006 using the 1906 Antiquities Act and was subsequently expanded in 2016 by Hawaii-born president, Barack Obama, to create the world’s then-largest conservation area at 582,578 square miles.

Papahanaumokuakea was spared as part of the process, but Hawaii’s commercial fishing interests have continued to pressure the Trump administration to open up the monument to more fishing.