Hawaii & Alaska
Major road improvements, including those needed for this section of Kamehameha Highway near Laniakea Beach, could be funded with the aid of $2.8 billion from an infrastructure bill that recently won congressional approval. 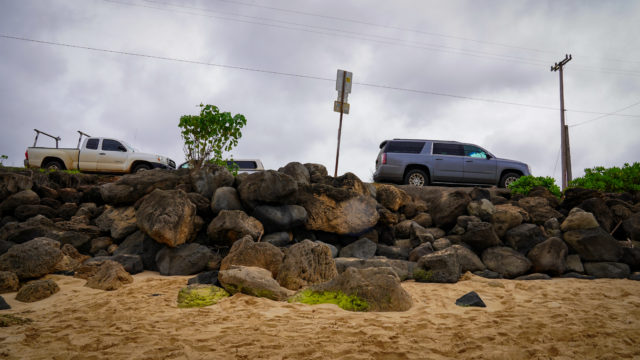 Much-needed improvements to coastal highways, bridges, airports and broadband topped the list of priorities as Hawaii officials prepared to spend an anticipated $2.8 billion in federal funds after Congress passed a historic infrastructure bill.

The amount is Hawaii’s share of the $1 trillion Infrastructure Investment and Jobs Act, which was approved Saturday and is awaiting President Joe Biden’s signature. Biden hasn’t given a date for when he’d sign the bill but said it would be “soon.”

U.S. Sen Brian Schatz called the measure an enormous achievement. He said bipartisan infrastructure deals like the one that just cleared Congress have been a “white whale” in Washington, D.C., something that the previous two presidents promised but couldn’t achieve.

“It’s going to benefit Hawaii’s economy for many, many years to come,” the Hawaii Democrat said Monday in an interview.

The lion’s share of Hawaii’s anticipated infrastructure dollars – about $1.5 billion – is earmarked for roads and bridge projects throughout the state. State highway officials already have a list of projects.

Ed Sniffen, state Department of Transportation deputy director for highways, said that the new federal funds would bring the DOT an additional $40 million a year to spend on highway projects for the next five years.

That could expedite the relocation of certain oceanside roads at risk of being swallowed by rising seas.

Sniffen anticipated using the federal dollars to relocate sections of Honoapiilani Highway on Maui away from the shore, while also setting Kamehameha Highway on Oahu near Laniakea Beach another 50 feet mauka. Sniffen said he’d like to push the road even farther from the shore but needs to wait for environmental studies and archaeological impact assessments.

Another section of Kamehameha Highway near Kaaawa also has been pummeled by waves, but Sniffen said the DOT would direct more money toward planning and gaining a better understanding of the future land use for that area before making a decision on what to do with the highway.

The same goes for plans to push part of Farrington Highway in Makaha away from the beach, something area residents have called for in recent years.

Sniffen said the DOT is still working with those communities and plans to install more sand to mitigate erosion of the highways.

The DOT also will work with the private sector to fund highway improvements near areas planned for affordable housing, he said.

Hawaii also is getting $339 million to repair bridges. The state DOT will prioritize a list of the top 50 bridges that need repairs, with a bridge on the Big Island spanning the Hakalau Stream at the top.