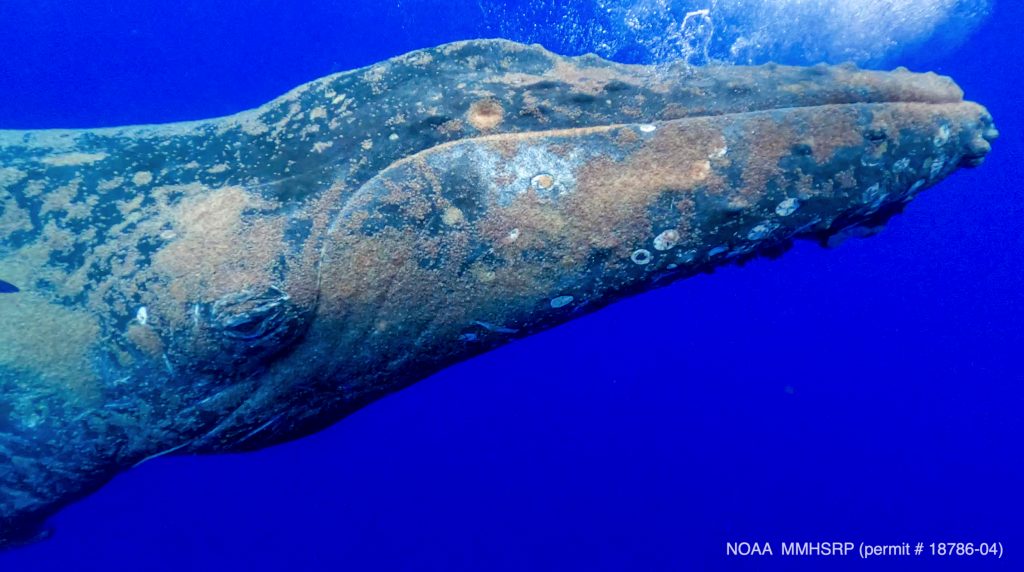 An entangled subadult humpback whale was freed of gear by a team of trained responders off Lahaina, Maui on Tuesday, March 9, 2021.

The animal was entangled in small gauge line through its mouth and around its left pectoral flipper, which trailed as a pair of lines approximately 50 feet behind the whale.

A team of responders made several cuts, removing most of the line; however, a small amount of gear could not be pulled from the whale’s mouth and remains on the whale.

The recovered gear will be analyzed towards determining its possible origins and trying to reduce entanglement threat in the future.

Responders say the removal of most of the gear “greatly increased the animal’s chances of survival.”

The whale entanglement was first reported at 12:39 p.m. by the tour vessels Teralani and Wahine Hana, who were helping the sanctuary look for a separated humpback whale calf that was reported by another tour vessel, Gemini. The Ultimate Whale Watch tour vessel, Wahine Hana, was able to monitor the entangled whale from a safe and legal distance and help as a first responder, until the sanctuary research and response vessel, Koholā, which was conducting research transects nearby, could get on scene.