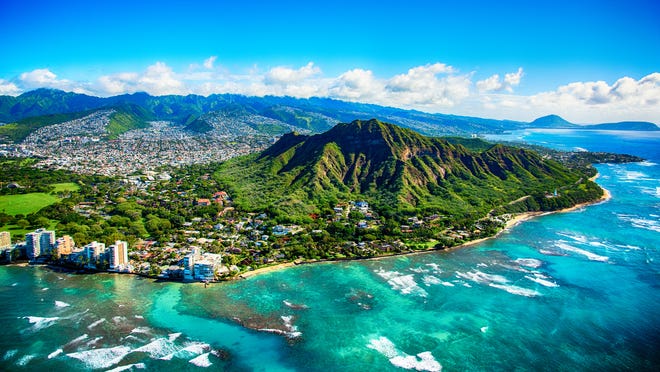 Like a bucket of water on a beach bonfire, the delta variant has doused hopes of a smooth, linear tourism recovery in the Aloha State.

Travel to Hawaii was steadily growing in 2021, but with the imposition of new restrictions, the governor's call for visitors to delay trips to the state and the possibility of further limitations on businesses and activities if the Covid-19 case rate does not fall quickly, the islands are entering a new period of unpredictability.

Through the first half of the year the number of visitors to the state increased each month: More than 171,000 visitors arrived in January, a number that was up to nearly 800,000 in June. While the data for July has not been released yet, other indicators show it was also a strong month for tourism.

Hawaii's hotels reported 82% occupancy in July, up from 77% in June, and hotel room revenues in July were more than $500 million, a 15% increase over July 2019. But by early August, Hawaii's Covid-19 case rate was surging, and hospitals across the state began to fill up. Even prior to Gov. David Ige's Aug. 23 press conference when he recommended against all but essential travel to and from the state, Hawaii officials saw that delta variant was increasingly likely to halt tourism's momentum.

"July was a strong month for Hawaii's hotel industry statewide" Hawaii Tourism Authority president John De Fries said in a release earlier that day accompanying the hotel figures. "We're encouraged by how the industry has recovered this summer but are concerned as to whether this level of performance will carry over into the fall shoulder season, especially if the impacts of the Delta variant overwhelms Hawaii's healthcare systems and weakens consumer confidence and travel demand."

Those comments proved prescient. By the end of the day, Honolulu Mayor Rick Blangiardi had suspended large gatherings on Oahu through Sept. 22, and the governor's plea for visitors to postpone upcoming trips to Hawaii through October had made national headlines. Later in the week, Maui Mayor Michael Victorino announced he was working with state officials on approval for a plan that would ask residents and visitors to Maui County, which includes the islands of Maui, Molokai and Lanai, to voluntarily curb nonessential activities, including gatherings, for 21 days.

"It's really been the leisure market that has come back this summer, and we've been running at 80% occupancy," said Lynette Eastman, general manager of the Surfjack Hotel in Waikiki. "I expected that to come down as people returned home to get kids into school and entering our shoulder season."