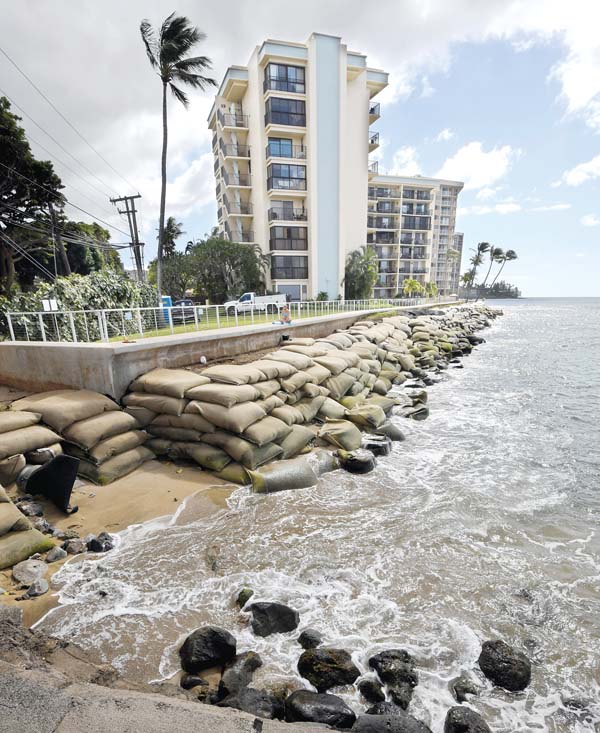 Method of work, jurisdiction at issue in contested case

The Maui Planning Commission voted to slice a county fine by more than $50,000 against a locally owned contractor and a condo for shoreline restoration work that sparked concern after an excavator was pictured operating in the ocean.

Hololani Resort Condominiums and Goodfellow Bros. appealed the $75,000 county violation alleging their sandbag work at the Kahana property last April temporarily put the environment at risk. They said the county fine amount was “capricious and arbitrary,” adding that the state, not the county, has jurisdiction makai of the shoreline.

During the contested case hearing late Wednesday, the commission voted 5-1 with two excused to uphold the violation but reduce the fine to $20,000.

“Goodfellow Brothers is not a company that does things wrong,” commissioner P. Denise La Costa said before the vote. “Seventy-five (thousand) was absolutely in my thought capricious and arbitrary. I think a different way of assessing fines might come out of this as well.”

During lengthy testimony Wednesday, Goodfellow witnesses said the incident was a “misunderstanding” over whether machinery was allowed on the shoreline, reiterating that the company has been a longtime partner of the county.