Hawaii & Alaska
Terry Lilley / Special to The Garden Island This pink cauliflower coral is one of the new corals growing at Anini Bay. 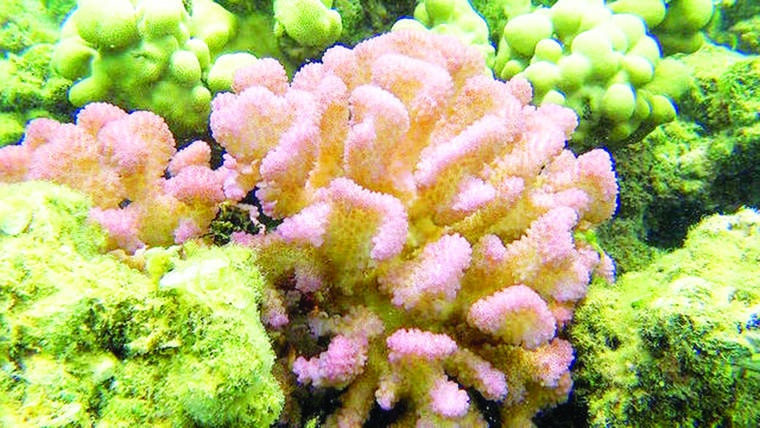 HI - Collapsing of the corals

While recent studies are projecting a dire future for coral reefs around the world, the Trump administration has made an agreement to increase habitat protections for several species.

The agreement, announced Thursday, is the result of an August 2019 lawsuit launched by Center for Biological Diversity, requires the National Marine Fisheries Service to publish its proposed protections by July 31.

Seven of the species listed are corals around Hawai‘i and other islands in the Pacific Ocean.

“Corals reefs are in crisis, so it’s good to see these 12 species finally getting the overdue protection they need,” said Emily Jeffers, an attorney at the center. “Coral reefs are the world’s most important marine habitats. Protecting the homes of vulnerable species like pillar and cactus corals makes our oceans healthier.”