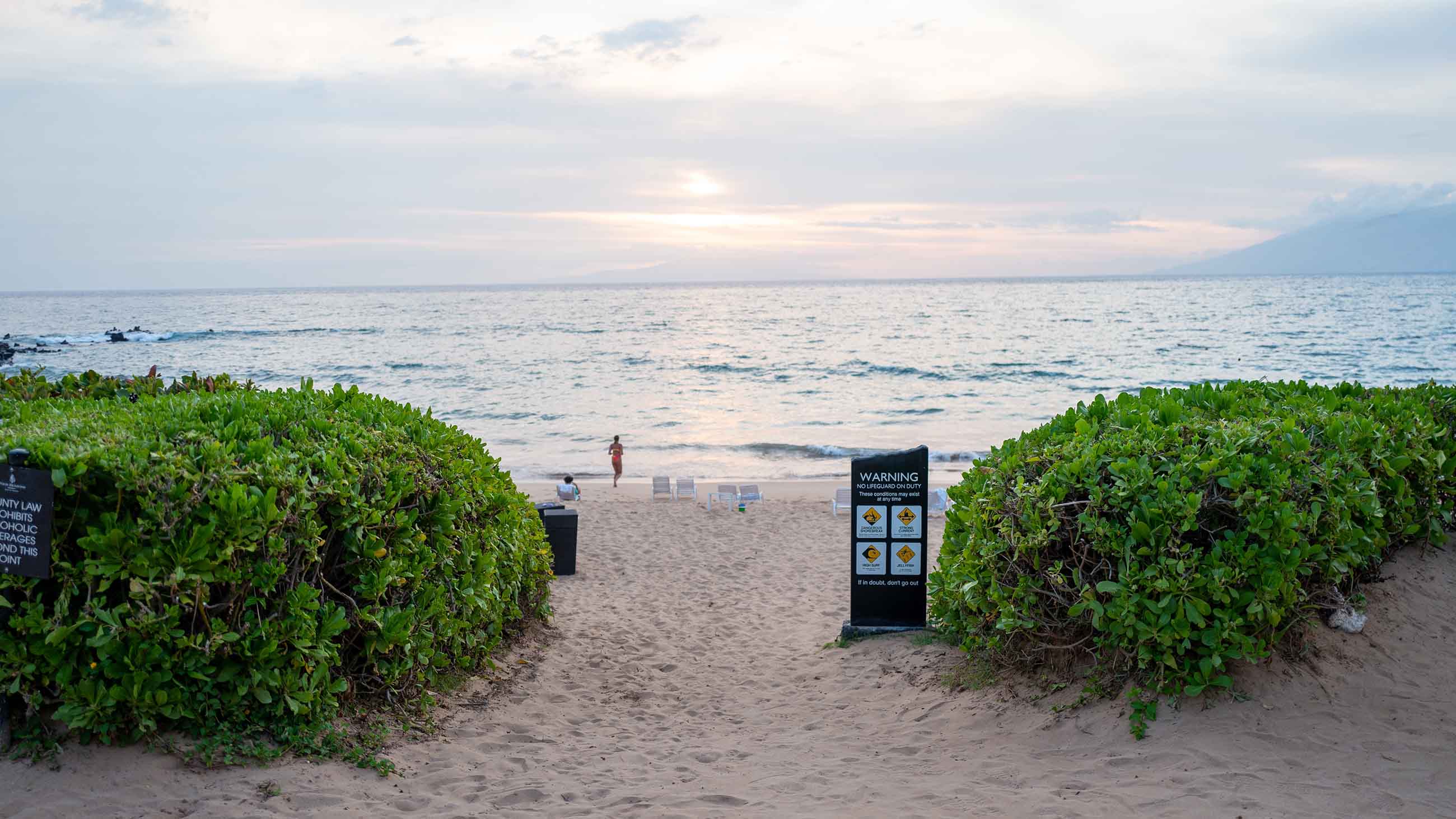 HI - Are Hawaii's Beach Showers in Violation of the Clean Water Act?

According to a recent study, the facilities are a “point source” of sunscreen contamination and a threat to coral reefs.

OTOXICOLOGIST CRAIG DOWNS describes his main work goal as “preventing zombies” — communities of coral or other marine creatures that appear to be thriving, but upon closer inspection, turn out to be composed only of adults lacking the ability to reproduce. These populations are like the “living dead,” a generation away from vanishing, according to scientists who discovered them in dying reefs across the Caribbean in 2016.

Globally, coral reefs are in decline for a number of reasons, including climate change, coastal development, and pollution. Over the years, Downs, executive director of Haereticus Environmental Laboratory in Virginia, has studied sunscreen, microplastics, and most recently, beach showers, in an effort to understand the effects of these human-made substances on some of the world’s most popular vacation destinations. His latest study, published in July, could also breathe new life into an old law.

In April, the Clean Water Act, the keystone U.S. law on water pollution, took what many environmentalists describe as a tough hit. In a controversial shadow docket decision, the Supreme Court voted to remove states’ power to block federally-approved, but environmentally-damaging projects. Commentators decried the attempt to strip states of the right to protect their own waters, one of the core principles enshrined in the Act.

Locals in Mauritius United To Fight an Oil Spill

Downs’ study, which suggests that beach showers are leaching pollutants into the sea, concerns another part of the law — section 502, subsection 14, to be precise. He and his colleagues allege that the showers are “point sources,” defined by the Clean Water Act as “single identifiable sources of pollution from which pollutants are discharged.” If Downs and his colleagues are right, attorneys say, this would meaningfully change the current understanding of the 50-year-old statute, potentially allowing citizens to sue many an unsuspecting municipality or resort.

“I wasn’t very surprised to hear about this study,” said Peter Prows, managing partner of the environmental law firm Briscoe Ivester & Bazel in San Francisco. One of his clients, the Republic of Palau, in the western Pacific, banned several sun filters after connecting a crash in its famous golden jellyfish population, in part, to the sunscreen pollution left by tourists.

In Hawaii, nearly a decade ago, a lifeguard by the name of Tamara Paltin — now a Maui politician — asked Downs how much sunscreen was coming from a local beach shower that drained over the pavement and nearby grass. She also wondered about the showers in the rest of the county, which includes Maui and three other islands. Many of the facilities discharge their wastewater straight into the sea.

Although he was researching sunscreen pollution at the time, Downs didn’t think anything of it. Years later, William White, a co-author on the new paper, told Downs about erosion caused by another shower at Waialea Bay on Hawaii Island, and insisted Downs take a look. “He pressed it into my brain,” Downs said. “The people who lived there have always wondered if it was an issue.”

When Downs and his colleagues tested the ground and water around the showers on three Hawaiian islands in 2019, levels of sunscreen chemicals, including oxybenzone, avobenzone, benzophenone-2, octocrylene, and octinoxate, were disturbingly high.

The resulting research paper is punctuated with references to pollution discharge permits and precise statutory definitions of “pollutants” and “point sources.” The first few lines of the discussion section echo the opening paragraphs of the U.S. Supreme Court’s opinion in County of Maui vs Hawaii Wildlife Fund, a case in which a group of local NGOs fought a water-polluting county ⁠— and won.

That this feat was possible hints at the power contained in the Clean Water Act. Enacted in 1972, it had bold aims: to restore and maintain the integrity of the nation’s water, and eliminate water pollution by 1985. To achieve them, lawmakers packed the statute with a variety of tools, among them, “citizen suits,” which allow ordinary Americans to take legal action against polluters — a right exercised by Hawaii Wildlife Fund against Maui County Council.

The county had argued that pollutants seeping from injection wells where it stored wastewater were not a point source discharge, because the wells didn’t discharge directly into the sea; the waste traveled there indirectly, through the groundwater. The Court decided that the Act’s “language, structure, and purpose” would never have left such a large loophole open to polluters.