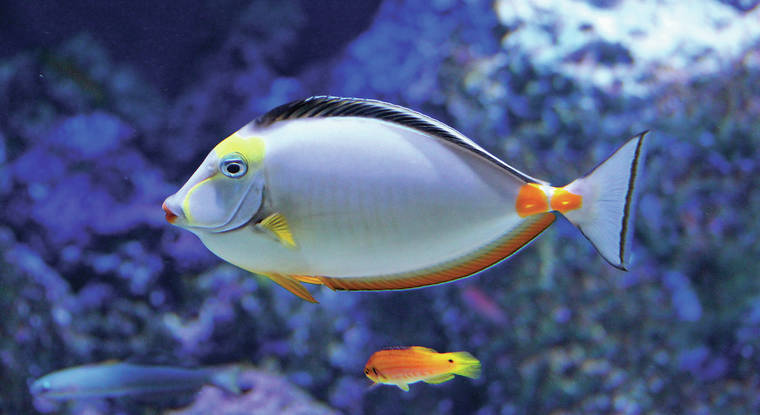 The move comes nine months after the state Board of Land and Natural Resources unanimously rejected the group’s first environmental impact statement (EIS).

Only yellow tang, kole, orangespine unicornfish, potter’s angelfish, brown surgeonfish, thompson’s surgeonfish, black surgeonfish and bird wrasse would be allowed to be caught. Further, each of the seven permitted fishers would be limited to annual catch quotas of 1% of the estimated WHRFMA Open Area population for each species, per the document published Tuesday by the state Office of Environmental Quality Control kicking off a 45-day public comment period.

Interestingly, despite the reduction in permits and proposed annual quotas, the revised EIS estimates an increased impact of collection for each of the eight species compared to the previous EIS released in April 2020. For example, the estimated yellow tang collection increases to 3.3% of the population based on NOAA’s Pacific Islands Fisheries Science Center Ecosystem Sciences Division (formerly Coral Reef Ecosystems Program) estimates, compared to a maximum estimate of just 1.93% of the population in last year’s EIS.